OPINION: The Chasm Between Movie Critics and Audiences

Today’s critics have fundamentally forgotten the fact that politics is fleeting and ever-changing, while great art has the capacity to last forever

What should motivate someone to seek out a critic’s insights on any particular film? According to Merriam-Webster’s defintion, a critic is defined as: “one who engages often professionally in the analysis, evaluation, or appreciation of works of art or artistic performances.” While film critics of the past were willing to overlook political messaging in determining the inherent merit of a film or series, today’s critics seem to grade a film’s alignment with far-left politics as a component of its artistic execution.

Take the overwhelmingly negative reviews of the streaming series The Terminal List starring Chris Pratt. Sporting a 39 percent critic score on Rotten Tomatoes, professional critics have used phrases such as “unhinged right-wing revenge fantasy” and “jingoism at its finest, and absolute worst” to describe the streaming series. Meanwhile, 95 percent of audiences approved of The Terminal List.

In a single week, The Terminal List logged 1.6 billion minutes of viewer time. Naturally, Chris Pratt mocked the critics on social media. An author for The Daily Mail deemed The Terminal List to be “the new Yellowstone,” referencing the popular drama series starring Kevin Costner that was described by TV Guide writer Liam Mathews as a “conservative prestige drama.”

The Terminal List is far from the only work in which critics’ and audiences’ assessments diverge: box office success Bullet Train starring Brad Pitt was supported by 76 percent of audiences while only 54 percent of critics approved.

For what it’s worth, critics also dogpiled on another recent Chris Pratt blockbuster, Jurassic World Dominion, which an even lower percentage of critics approved of at 29 percent. However, the movie received 77 percent approval from audiences via Rotten Tomatoes’ score and current estimates indicate that Jurassic World Dominion is the third-highest grossing film released this year. The split between critics (at 52 percent) and audiences (at 76 percent) on yet another Chris Pratt film from last year, The Tomorrow War, illustrates a similar, if less pronounced, dynamic at play.

By far the most successful film of the year has been Top Gun: Maverick, making over 700 million dollars at the box office in the United States. The Tom Cruise-helmed sequel to the 1986 original boasts near-perfect scores from both critics and audiences, with 96 percent and 99 percent respective approval. What has made the Top Gun: Maverick notable is the absence of many trends that have been criticized as either “woke” (such as changing the origins and/or sensibilities of the characters, or adding hastily shoehorned progressive political messaging) or pandering to the Communist Chinese market. The spectacle of a film like Top Gun: Maverick, however, in which audiences and critics agree, appears to be the exception rather than the rule.

It is true that critics viewing works through a political lens is hardly a recent phenomenon. One of the reviews for The Terminal List references the film Rambo: First Blood Part II. The 1985 action sequel, starring Sylvester Stallone, was excoriated by Gene Siskel in his May 22, 1985 Chicago Tribune review, who suggested it was one of “a series of simple-minded, jingoistic, racist movies.”

Siskel makes questionable assertions about Rambo: First Blood Part II in his review, implying that the film subscribes “to the notion that white is right and other colors are wrong.” He suggests that the underlying message could ultimately be more important than its cinematic merit: “To the degree that films like ”Rambo” perpetuate racism based on color, the fact that they are immensely entertaining as action pictures may be a minor point.”

Despite Siskel’s framing of the film’s conflict as “white is right and other colors are wrong,” Julia Nickson plays a Vietnamese ally of Rambo who is supportive of his cause. The Cold War conflict portrayed in Rambo: First Blood Part II is ideological, not racial, between freedom and communism. This is something that Siskel clearly missed. Some reviewers, then and now, may latch onto one aspect of a film – erroneously – that blinds them to appreciating the whole picture.

However, as shown through their assessment of Rambo: First Blood Part II on television, critics such as Gene Siskel and Roger Ebert could clearly delineate a film’s value separate from its politics. This ability to separate the art from the message is further on display in an episode of Siskel & Ebert reviewing the film. In the episode, Gene Siskel and Roger Ebert acknowledged its merits as a film while disagreeing (in Siskel’s case) or being perplexed by (in Ebert’s case) its politics. American audiences certainly enjoyed Rambo: First Blood Part II, as it became the second highest grossing film released in 1985.

Conversely, Gene Siskel’s review of Oliver Stone’s film Salvador illustrates how a critic from decades past could separate a film’s weaknesses from a message that he agrees with. The writer is quite critical of the tone the director sets, which blends and juxtaposes the horrifying violence with comic relief provided by James Belushi’s supporting character along with the protagonist portrayed by James Woods. He also dislikes the narrative’s favoritism towards combat photographers over television journalists, which Siskel characterizes as “gross biases.”

Furthermore, Siskel chides Stone for equating American border patrol officers with the Salvadoran human rights abusers at the end of the film. Such an absurd – in his words –  equivalence between American border agents and Salvadoran death squads is something that few movie critics today would dare to condemn. Ultimately, Salvador flopped at the box office and audiences made Rambo: First Blood Part II a success – as they did for The Terminal List 37 years later.

Indeed, critics then and now have been out of step with audiences for a long time. The 1967 film Bonnie and Clyde was thrashed by many critics of the time who deplored its violence and blending of genre between comedy and drama. However, twentysomething writer Roger Ebert praised it, declaring: “Years from now it is quite possible that ‘Bonnie and Clyde’ will be seen as the definitive film of the 1960s, showing with sadness, humor and unforgiving detail what one society had come to.” Ebert would be proven right as its popularity with audiences made Warren Beatty and Faye Dunaway into A-list stars and is remembered as one of the movies that precipitated the “New Hollywood” era. The New Hollywood style of filmmaking lasted from the late 1960s through the early 1980s and marked a time in which film directors had more creative control of their works.

Perhaps a new generation of critics will be more favorable towards the critically-thrashed popular films of this decade. Works that “play in Peoria” but draw the ire of critics from Chicago or New York or Washington D.C. might come to be approved by critics from Peoria. Some creatives such as Peter Bogdanovich made the transition from critic to filmmaker, and anti-woke writers such as Ben Shapiro have already begun an expansion from political commentary to the presentation of cinematic works reflecting anti-woke ideals with the Daily Wire.

Whether the year is 1967, 1985, or 2022, critics who have difficulty in uncoupling their worldviews from their ability to judge artistic merit will have a hard time predicting which films will ultimately be the most successful. The best films feature a story and character development which all transcend the political opinions of the day. Maybe today’s critics have fundamentally forgotten the fact that politics is fleeting and ever-changing, while great art has the capacity to last forever. 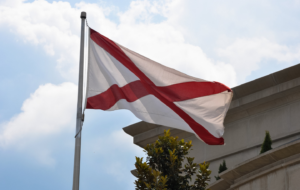