Alan Eugene Miller killed three of his co-workers in 1999

An inmate on death row in Alabama will not be executed until the state can comply with his request to die by nitrogen hypoxia.

Alan Eugene Miller was convicted of murdering three people in 1999 during a workplace shooting. He requested on an official state form that he be put to death by way of nitrogen hypoxia because it reminded him of nitrous oxide used at dentist offices and because he “did not want to be stabbed by a needle.”

While the state typically carries out an execution by way of lethal injection, Alabama – in addition to Oklahoma and Mississippi – authorized nitrogen hypoxia. The alternative execution method entails the convict breathing only nitrogen, which deprives the body of oxygen and ultimately causes death.

The 2018 law authorizing nitrogen hypoxia also established a period of time for death row inmates to opt for the alternative method.

According to CBS News, Miller testified in court last week that he put the form in a slot in his cell door and did not see who picked it up. Officials at the state prison where he is being held say they have no record of the document being returned to him and that they believe Miller is attempting to avoid execution.

Attorneys for Miller have argued Alabama would be violating their client’s right to equal protection under the law if it does not observe his expressed preference.

U.S. District Judge R. Austin Huffaker, Jr. ruled on Sept. 20 that Miller cannot be executed until the state can comply with his request.

“Miller will likely suffer irreparable injury if an injunction does not issue because he will be deprived of the ability to die by the method he chose and instead will be forced to die by a method he sought to avoid and which he asserts will be painful,” Huffaker wrote.

He defined the injury as “the loss of [Miller’s] ‘final dignity’ — to choose how he will die.”

Last week, the Alabama Department of Corrections told Huffaker that it had prepared a process to conduct an execution by nitrogen hypoxia but was not yet ready to actualize the execution on Miller’s Sept. 22 execution date.

Once the nitrogen hypoxia protocol is complete, ADOC personnel will need sufficient time to be thoroughly trained before an execution can be conducted using this method,” ADOC said in the statement to the court.

At his trial in July of 2000, Miller was found guilty after 20 minutes of jury deliberation. The judge imposed the death penalty at sentencing in alignment with the jury’s recommendation.

Miller was a delivery truck driver who shot Lee Holbrooks and Scott Yancy on Aug. 5, 1999. He then drove to the business’s Post Airgas location and killed Terry Jarvis. He was seen exiting the first Ferguson Enterprises location by an employee who discovered Holbrooks and Yancy upon entering the building.

Although a psychiatrist for the defense testified that Miller suffered from a severe mental illness and was delusional at the time of the shooting, his condition was not so acute that it met the threshold for an insanity defense under Alabama law.

“Miller believed that the employees had been spreading rumors about him, including that he is gay,” according to The Daily Mail.

Multiple appeals filed on Miller’s behalf have been rejected by the U.S. Supreme Court. 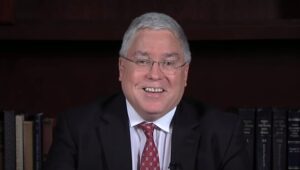