Walmart and CVS Pharmacy are going to pay West Virginia a combined total of $147.5 million for their roles in the state’s opioid crisis.

The lawsuits against the pharmacies alleged that “the pharmacies failed to maintain effective controls as a distributor against diversion that contributed to the oversupply of opioids in the state,” according to Morrisey’s office.

CVS will be paying the state over $82.5 million and Walmart will be paying out over $65 million. Walgreens and Kroger have not settled and are scheduled to go to court over the matter in June.

“These settlements won’t bring back the lives lost from the opioid epidemic, but these and other settlements will hopefully provide significant help to those affected the most by this crisis in our state,” Morrisey said during a press conference. “This development also avoided a costly and lengthy trial and at the end of the day, West Virginia will have the highest per capita settlement results in the nation fighting for our people.”

NBC News reports that the agreements with Walmart and CVS “bring the total settlements by the state in opioid lawsuits to $875 million, including $296 million with manufacturers, $400 million with wholesalers and $177.5 million involving pharmacies.”

West Virginia and AmerisourceBergen, Cardinal Health, and McKesson reached a 400 million dollar settlement in August. They are known as the “Big Three” opioid distributors.

“I’m happy to see the judicial system work as it should by benefiting West Virginia communities that have been hit hard by opioid abuse,” Morrisey said after reaching the deal with the Big Three. “This settlement, along with other settlements from other cases, will provide significant help to those affected the most by the opioid crisis in West Virginia. I’ve always said that at the end of the day, West Virginia will have the highest per capita settlement results in the nation fighting for our people.”

CVS maintained its innocence in a statement provided to WLFI.

“Putting these claims (in West Virginia) behind us is in the best interest of all parties,” CVS said. “Our position remains that opioid prescriptions are written by doctors, not pharmacists, and that opioid medications are made and marketed by manufacturers, not pharmacies.”

Walmart has not issued a public statement at the time of publishing. 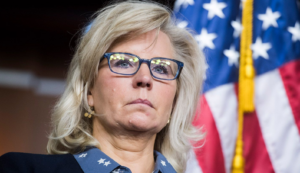