Matt and Ross Duffer, the showrunners of Netflix’s darling sci-fi series Stranger Things, have pulled no punches about making changes to already released installments of the show. They call the practice “George Lucas-ing” in reference to George Lucas famously changing continuity details, CGI, and coloring in Star Wars.

In a Showrunners Sitdown interview with Variety from last month, they acted quite casual about the upkeep of the series, which cost Netflix a heaping $30 million per episode in its latest season per The Wall Street Journal.

The Duffer Brothers addressed a continuity error about the birthday of one of their protagonists, Will Byers. In Season 2, Will’s mother, Joyce Byers, played by Winona Ryder, said his birthday was on the 22nd of March. However, the birthday Will celebrates in Season 4 is May 22nd.

The Duffer Brothers felt they had to correct the error to avoid fans thinking that Will’s mother forgot the correct date in the prior season. “It’s too sad! And it doesn’t make any narrative sense. But we were talking about it yesterday, and I think we’re going to George Lucas that,” Matt confessed to Variety. Matt revealed that they “have George Lucas’d things also that people don’t know about,” but he declined to go into detail.

Ross noted that they made small changes to Season 4 during its opening week, which Netflix has never previously allowed: “Some of the visual effects … I don’t think they’ve ever allowed people to patch on opening week and even weekend. And we said, ‘Well, why not?’ And he said, ‘Well, it makes us nervous.’ And we’re like, ‘Well, maybe we try it this time.’ And it turned out fine.”

They set a terrible precedent for future projects on the streaming platform, especially considering the fact that Stranger Things’ fourth season stopped Netflix from tanking worse in the second quarter after a loss of 1.3 million subscribers in the U.S. and Canada. The bargaining power is in their hands.

The fanbase is wary of their beloved franchise getting tweaked right under their nose. One viral TikTok theorized that the Duffer Brothers changed a pivotal scene in Stranger Things’ first season “to try to make Jonathan look like less of a perv.” The scene in Season 1’s second episode, “The Weirdo on Maple Street,” shows Jonathan, Will Byers’ older brother, taking photographs of Nancy Wheeler while she’s undressing through the second story window of Steve Harrington’s house. Many fans remember Jonathan lowering his camera at first, realizing that it would invade Nancy’s privacy, but then deciding to take the photos anyway. Now, they suspect the part where he takes the photos was replaced by him only photographing Barb, who is fully clothed by Steve’s pool.

The discrepancy in how fans remember this scene could be an instance of the Mandela effect. A recent article from GQ Magazine discussing the limits of “retconning art” clarified that the theory of Jonathan Byers’ questionable scenes getting cut was proven false. But they failed to explain how or by whom it was proven false. Consensus is still up in the air.

In fact, by the time anyone noticed the discrepancy, Netflix could very well have changed the scene again to evade controversy. This is exactly the type of gaslighting fans fear when it comes to retroactive patchwork on their favorite shows and movies.

We are receiving sanitized versions of human stories. The Duffer brothers are essentially swiping white-out over the scripts they wrote six years ago to rescue audiences from witnessing uncomfortable scenes. However, this does a disservice to fans who clung to the show precisely because of its unsavory depictions that allow room for flawed characters to develop.

New audiences are robbed of the opportunity to appreciate the show for what it was when it first soared in popularity. Changing the plot and other details in the show so cavalierly, and then getting called on it by fans who are more invested in their story, pulls the curtain on a lack of artistic integrity from the Duffer brothers.

Storytelling in the streaming world is in dire straits if the Duffer brothers are the tastemakers. These incidents should encourage consumers to obtain physical copies of the media they hold dear before streaming services make them unrecognizable from their original form. 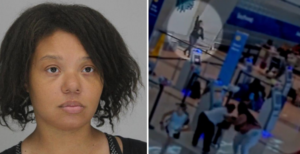