In a now deleted viral TikTok post, Schnapp revealed private messages in which the “Kiss Me More” songstress enlisted the actor to be her wingman.

Over Instagram DMs, she requested that Schnapp tell Quinn to hit her up. Schnapp replied with “LMAOO slide into his dms.” Doja said she didn’t know Quinn’s Instagram or Twitter handle, so Schnapp sent her his co-star’s Instagram saying “right here ma’am.” Schnapp called her “thirsty Doja” in the caption of the video, signaling that it was posted to laugh with Doja, not at her.

Their relatively innocuous exchange was viewed millions of times before Schnapp took it down, to the dismay of Doja. The musician had already made her affections for Quinn known before the TikTok, calling him “fine as s—” in a Tweet from late May. Regardless, Doja took great offense to Schnapp’s post and did a brief livestream on TikTok to reprimand him.

In a hilarious juxtaposition between Doja’s serious tone and filters of a mustache and cowboy hat appearing on her face alongside an animated corgi twerking on screen, the rapper called Schnapp’s behavior “degrading,” “exploitative,” and “super embarrassing.” She continued her scathing rant, calling it “so unbelievably socially unaware and wack…That’s like borderline snake s—…That’s like, weasel s—.”

Doja walked back on her assumptions of malice when considering the actor’s age and maturity level: “To be fair, this is like, a kid…When you’re that young, you make mistakes. You do dumb s—…You’re supposed to do stuff like that so that you know not to do it in the future.”

She switched her tone again assuming that the actor’s motivations were “not even clout…it feels like a weird power play thing.” It’s difficult to buy that a teenage boy could wield power over a grown woman who possesses an equal amount of fame.

If Doja were mindful that the actor is just a kid, why would she go to him privately to set her up with one of his adult coworkers? And why would she expect him to keep such an absurdly humorous interaction under wraps?

The internet reacted with brutal digs at Doja’s gross overreaction. One Twitter user wrote, “I think it’s funny that somebody who is chronically online is shocked that a 17-year-old wouldn’t air you out for being thirsty.”

Many are pointing out that Doja’s behavior was really inappropriate. “Honestly, if an adult slides into my child’s DMs trying to get them to hook them up with another adult, please tell me and the world. Doja’s behavior is the weirdo s—, not Noah sharing it,” another remarked.

Doja Cat is responding poorly to the backlash. Known for her social media antics, it’s unsurprising that she changed the display name on her Twitter to “im better than you,” which seems to be aimed at her detractors.

Today she tweeted, “y’all are so cringe and lame and nobody wants to hang [with you] that’s why y’all be on here unironically writing replies to s— that makes you mad.” This statement was following a Twitter voice note she posted the night before in which she breathed heavily and growled into her phone, “I’m about to go off. I’m about to go crazy!”

Clearly, Doja Cat is incapable of laughing at herself or hearing out criticism for her reaction to Noah Schnapp’s post. Although she claimed that the situation was “not that deep” in her livestream, the fact that she felt the need to address it at all shows that her fragile celebrity ego got wounded.

Good luck convincing Joseph Quinn to hit you up now, Doja – you made yourself look bonkers. 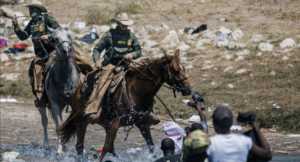