“It’s harder for women to get a second chance at directing,” complained Wilde to Variety. “Fewer people will invest in the second film of a woman than a man. I was so lucky. My movie … struck enough of a nerve of the cultural zeitgeist that I was allowed to have another opportunity.”

Wilde’s upcoming psychological thriller centers around a 1950s housewife named Alice, played by Midsommar star Florence Pugh alongside her husband Jack, played by former One Direction frontman Harry Styles. The official trailer for the film, which is set to release on Sept. 23, teases a biting social commentary on gender dynamics and a dark twist on classic Americana aesthetics.

Florence Pugh was conspicuously absent from DWD’s press conference at the festival. In a clip from the panel, Wilde speaks highly of Pugh’s performance and diplomatically excuses her absence as a scheduling conflict with filming for Dune 2.

In a failed attempt to quell rumors of their personal feud, the director stated, “As for all the endless tabloid gossip … the internet feeds itself. I don’t feel the need to contribute, I think it’s sufficiently well nourished.”

Pugh showed up for DWD’s premiere donning a black embellished Valentino gown and a stoic expression – not once was she pictured alone with Wilde, nor her co-star, Styles. The Venice crowd gave DWD a four-minute-long standing ovation, during which Pugh, seated three people apart from Wilde, avoided eye contact with the filmmaker. Pugh also exited the premiere before the applause ended, stoking the flame for more gossip.

In addition to awkward body language, a strange clip where Harry Styles appears to spit on fellow cast member Chris Pine drew even more negative attention. What could have possibly happened in the making of this film for seasoned entertainers to behave so unprofessionally in the public eye?

There are whispers that Olivia Wilde began dating Harry Styles while she was still engaged to her ex-fiance, Jason Sudeikis, with whom she shares two children. Wilde got served legal papers from Sudeikis while exhibiting DWD at Cinemacon earlier this year, which could be interpreted as a bad omen for the upcoming film. “In any other workplace, it would be seen as an attack. It was really upsetting. It shouldn’t have been able to happen,” Wilde told Variety of the incident.

Wilde originally planned to play Alice in the film, but cast Pugh because she aimed to portray a younger couple. At the time, Shia LaBeouf was still meant to play Jack.

Presumably, Pugh expressed discomfort at the prospect of working with LaBeouf after FKA Twigs filed a still-pending sexual battery lawsuit against the actor. Wilde had to run damage control as LaBeouf teased the idea of exiting the project altogether.

More recently, Wilde claimed that she fired LaBeouf, but in retaliation, the Padre Pio star leaked a damning video of Wilde pleading with him to stay on the film and work things out with Florence Pugh, whom she condescendingly referred to as “Miss Flo.”

“I think this might be a bit of a wake-up call for Miss Flo, and I want to know if you’re open to giving this a shot with me, with us,” begged Wilde. “If she really commits, if she really puts her mind and heart into it at this point and if you guys can make peace … What do you think? Is there hope? Will you let me know?”

LaBeouf quit the film. In a stroke of genius, or shameless self interest, Wilde recruited her British pop star beau, Harry Styles, as LaBeouf’s replacement. Speculation arose that Styles, being a decade Wilde’s junior and touting limited prior acting experience, got cast as mere eye-candy for the director.

However, it couldn’t have been easy for Wilde to direct intimate, often sexually graphic scenes between her boy-toy and Pugh, with whom she already tolerated a tense working relationship. By then, drama between the ladies was likely to ensue. Now, the team tip-toes around a PR disaster zone for Don’t Worry Darling ahead of its release.

Olivia Wilde’s petty streak summoned that tempest. First, she hypocritically begged an alleged abuser to star in her project against the wishes of her frontwoman, despite being an outspoken feminist. Then, she lied by saying that Shia LaBeouf’s departure from the film was her own choice. Wilde then opted to hire a singer for his name recognition and their romantic ties – a tasteless decision reminiscent of the patriarchal old guard in Hollywood which she claims to dogmatically oppose.

Who is dying to see a film marketed with a “female orgasm awareness press tour” when a wholesome action flick like Top Gun: Maverick remains king at the box office over three months out from its theatrical release? Just like Wilde’s Booksmart, bet on Don’t Worry Darling receiving overzealous praise from critics before promptly falling into obscurity.

Editor’s Note: A previous version of this article falsely claimed that Styles had “zero prior acting experience.” That assertion has been corrected. 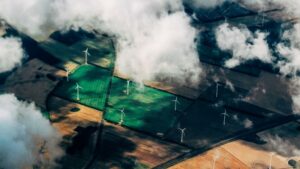