After a practice run getting married by an Elvis impersonator in Las Vegas, Kourtney and Travis just got married for real this time in an intimate ceremony (without the entire Kardashian clan in attendance). The couple tied the knot at the Domenico Dolce and Stefano Gabbana estate in Portofino, Italy, surrounded by an exclusive list of celebrity guests like Megan Fox, Machine Gun Kelly, and Kylie Jenner.

The internet is gushing over #Kravis wedding photos. However, what ought to be a cause for celebration has instead devolved into another routine debate about cultural insensitivity.

The ceremony heavily employed imagery of Our Lady of Guadalupe, a popular religious devotion to an apparition of the Virgin Mary in the Catholic Church. Kourtney wore a Dolce & Gabbana satin and lace mini dress for her “I do,” which featured a small image of the Virgin Mary on the bodice.

Behind her cascaded a long, sheer white veil, hand embroidered with another image of Mary and the words “Family, Loyalty, Respect” superimposed over the 43-year-old bride’s bare legs. The inscription was inspired by the same one tattooed on Travis Barker’s head.

The couple exchanged vows standing before a statue of Mary holding an infant Jesus. Kylie Jenner even shared an image of the place setting cards used on the tables, which all featured an image of the pierced Sacred Heart, an ancient Catholic icon of Jesus’ humanity.

I’m not normally a veil person but this veil from Kourtney Kardashian wedding is going to live in my head rent free. I’m obsessed. pic.twitter.com/jbMCJSwO3w

The 46-year-old groom is covered in tattoos, and some of his centerpiece ink depicts religious symbols as well. The Blink-182 drummer boasts an image of the Virgin Mary on top of his skull.

When asked about the tattoo in an interview with Vice, Barker explained, “I was brought up Catholic. I definitely pray; I believe in God. I definitely think I was blessed, and I’m here for a reason after being the only survivor of a plane crash. So I’m not at church every day and I’m not pushing religion on people. But I believe in God and I pray and my kids pray.”

An upbringing in the Catholic Church evidently left a strong impression on the musician. Kourtney and her sisters attended a Catholic school but were brought up practicing other sects within Christianity.

“The Virgin Mary shouldn’t be used as a fashion statement especially if ur not catholic,” one commented under an image of the bridal veil. Another countered, “Everyone trying to call out Kourtney’s veil and wedding fit as cultural appropriation as if it’s not Travis’ head tat…not everything has to be cultural appropriation pls touch grass.”

One Tweet remarked, “Am I the only one overlooking Travis and Kourtney’s gorgeous wedding and realizing they’re low key appropriating lowrider/Mexican wedding aesthetic?” One user asked, “anyone else think Travis & Kourtney are appropriating the f— out of 90s Mexican culture???” While another echoed, “am i the only one that feels like kourtney and travis are appropriating Mexican/Chicano culture w this wedding…?” Not only are these questions obtuse with preconceived conclusions, they are worded in an internet snark-poisoned tone that saps them of credibility.

The cultural appropriation accusations made against Kravis ultimately miss the point. The practice of adopting religious imagery is not offensive in and of itself. Adopting sacred symbols for the deliberate purpose of cheapening their meaning and mocking genuine devotees should be frowned upon.

The Kravis wedding ceremony was objectively in poor taste. But it seems that the couple attempted to pay homage to tradition and faith in spite of their lifestyles being anything but conventional.

The fact that family is such an important value to the couple bodes well for the success of their union. That’s not to imply anyone throwing cheap shots on Twitter would briefly consider giving public figures the benefit of the doubt. 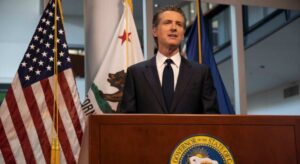