OPINION: Kim Kardashian Announced as Newest Spokesperson for Beyond Meat

News broke on Tuesday that billionaire reality TV icon Kim Kardashian is the newest ambassador for Beyond Meat, joining other big names like Snoop Dogg, Kevin Hart, and Liza Koshy. The 41-year-old entrepreneur will “highlight the brand’s delicious, nutritious and sustainable product portfolio with her signature recipes and engaging creative content.”

It appears that the alternative meat brand recruited the A-lister’s star power for their latest marketing campaign in a last ditch effort to recover from plummeting stock value.

Yahoo Finance reports that as the sector for plant-based food products has gotten more competitive, Beyond Meat (NASDAQ: BYND) “has struggled to maintain its initial pace of growth with shares plummeting more than 80% over the past 12 months.” Although the company saw an 8% jump in value as the advertisement dropped, BYND “tapered back down again shortly after.”

In the reel Kardashian posted on Instagram, she sang the praises of Beyond Meat’s mission of “making plant-based eating delicious and accessible” and “doing so in a way that benefits both people and the planet.” The social media mogul expressed that “It’s empowering to know that the small changes I’m making for my family, like incorporating more Beyond Meat into our meals, can add up to make a big impact.”

“Wow you completely sold your soul.”

“Anything for a dollar right?”

“That crap is poison.”

Some keen observers pointed out that repping a brand of fake meat perfectly suits Kim Kardashian — her public lifestyle and surgically altered body are entirely fake.

One Twitter user remarked, “Kim Kardashian endorsing beyond meat is a great collaboration. The meat in her butt isn’t real either.”

“Kim Kardashian has been named Beyond Meat’s first Chief Taste Consultant. I guess it is appropriate that the woman with fake body parts and a Botox’d face would be an expert with fake meat,” added another.

Beyond Meat’s press release called Kardashian “an icon synonymous with impeccable taste in food, fashion, beauty and more.” Truly, she is a professional tastemaker. Even her shapewear line Skims sells the equivalent of sausage casings for the human body.

The Beyond Meat ad pulls viewers into a hypnotic trance as Kim ecstatically chews a Beyond burger that suspiciously shows no bite mark. It finishes on a slow zoom into Kim’s blank stare. Meet your maker.

Kim Kardashian teamed up with Beyond Meat…but…you’ll notice that the burger Kim is “chewing” doesn’t even have a bite taken out of it.
And she fake-chews throughout the video…LOL #heymorton pic.twitter.com/XVgV0LYGCO

Under Kim K’s cultural influence, we could be hurtling toward a dystopian future where everyone eats imitation meat slop and undergoes a BBL procedure to rearrange their meat sack into an hourglass form. It’s encouraging at the very least that consumers are aware of the irony in a billionaire pretending to make personal sacrifices for the sake of sustainability. 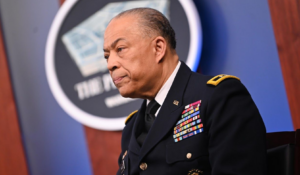