The House Sergeant-at-Arms William Walker says elected officials should not carry firearms while in or around the nation’s Capitol.

“It is my view that the Capitol Complex should be a place where no one carries a firearm unless they are actively engaged in law enforcement or the protection work done by, among others, myself, the U.S. Capitol Police (USCP), the U.S. Secret Service, and the protection details of visiting foreign officials,” Walker wrote in a letter to the House Majority Leader, Democratic Representative Steny Hoyer of Maryland.

Walker added, “Regrettably, my position on this matter is not shared by all stakeholders.”

He cited Section 5104(e) of Public Law 107-217 and Capitol Police regulations which bars anyone – including members of Congress – from carrying a firearm inside the chamber or on the floor of the House or Senate in addition to other locations in the complex.

Members of Congress can keep firearms in their offices as long as they are “unloaded and securely wrapped” when being transported in prohibited areas. Lawmakers cannot carry a loaded gun around the campus or to committee meetings.

“I appreciate your inquiry about what steps can be taken to make everyone aware of the restrictions, and we are considering the best way to inform the House community and clarify these details,” Walker said.

Hoyer had requested the use of guns be banned in the Capitol Complex days after former Representative Madison Cawthorn was cited for trying to bring a gun into a North Carolina airport for the second time.

In a letter to the Sergeant-at-Arms, Hoyer asked Walker if the Capitol should be a “fully gun-free zone” with the exception of the Capitol Police and law enforcement.

“Right now, some aspects of existing regulation concerning the possession of firearms in the Capitol Complex or on its grounds are unclear or ambiguous in the understanding of some members, who believe they have a right to carry personal firearms in these spaces, including committee rooms where they are engaged in committee business,” Hoyer wrote.

The representative said the issue posed a safety concern for the elected officials, staff members, and visitors present at the Capitol.

“I was glad to receive his letter and read his determined statement that the Capitol Complex and Grounds ought to be seen as a gun-free zone and clarifying that Members may not carry personal firearms outside their offices unless unloaded and fully secured for transport,” Hoyer told CNN. 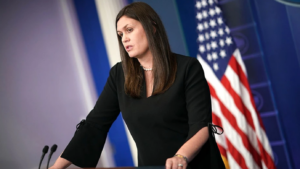