“She never had the power in the relationship to be abusive to him. Did she hit him? Yes. Was it abuse? No. You need to have power to be able to abuse it. She was 25. He clearly was always way more powerful including physically and financially.”

Fox added in another comment on Instagram that Johnny Depp is “So in love with [Amber Heard] and this is clearly a sick way of still controlling her life by suing her all over the world.”

As one might imagine, Fox’s take is receiving mixed reviews.

One Twitter user chimed in to agree with the controversial comments: “#JuliaFox is awesome. Depp stans are so triggered she supports Amber Heard! Unlike you all, people know his claim of victimhood is just to cover up the fact that he gets off on abusing Amber Heard.”

#JuliaFox is awesome. Depp stans are so triggered she supports Amber Heard! Unlike you all, people know his claim of victimhood is just to cover up the fact that he gets off on abusing Amber Heard. #JohnnyDeppIsASicko #IStandWithAmberHeard https://t.co/X3vx8NcG1L

Another added that “We can’t thank the multi-talented diva enough” for standing in solidarity with Heard.

However, a majority of responses slam Fox for allegedly propagating the stereotype that only men can be perpetrators of domestic abuse. “Another woman saying women can’t be abusers because they’re smaller…that’s not solidarity that’s just called being an absolute tool,” one remarked. Another cheap shot added, “You mean cosplay Kim Kardashian? Who gives a f— what she thinks!”

Julia Fox has likely been too busy running errands in her underwear to react to the backlash. You can criticize her take on the trial or tear into her sartorial choices, but you have to hand it to the actress for never shying away from making a splash in the headlines.

The defamation trial resumed today after a week-long break with Amber Heard continuing her testimony. The Aquaman actress is counter-suing Depp for $100 million. Stakes are high, so anticipate more hot takes as the day of the verdict approaches. 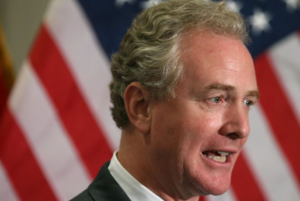