Back in April, allegations of misconduct aimed at Bill Murray halted production for Aziz Ansari’s directorial debut Being Mortal. Murray told CNBC that the incident was a mere difference of opinion over a joke he made to a younger female colleague. Now that new details have gone public in a recent report from Puck, the situation has become more serious than petty drama.

Murray allegedly began kissing the body of a female production assistant while they were standing near a bed on the film set, and proceeded to straddle her and kiss her through the barrier of their masks. The actor reportedly paid a $100k settlement to the production assistant, who signed an NDA.

Those familiar with Bill Murray’s off-color satire might understand his perspective. In an egregiously unprofessional way, he was attempting to mock himself for seeming out of touch and sexless, and simultaneously cracking a joke about the absurdity of on-set COVID protocols.

The subsequent shutdown of Being Mortal naturally started the rumor mill. Jeff Sneider, reporter for The Ankler, hinted on his podcast “Hot Mic” that Murray’s co-star Keke Palmer filed the complaint.

“I heard, and again this is unconfirmed, blah blah blah, that he like…pulled a pigtail, allegedly. You know, like a kid on the kindergarten playground, pulling someone’s hair. And she didn’t take kindly to it,” Sneider explained.

Claiming Palmer denied any run-in with Murray on the red carpet for Nope, Sneider quipped, “Keke Palmer, you’re a good actress…but I don’t know if you’re that good an actress.”

One Twitter user who posted screenshots of the deleted article wrote, “My heart goes out to the staffer who went through this awful experience. But can we also discuss certain ‘reporters’ who went on a witch hunt against Keke Palmer, accusing her of being the person who reported Bill Murray on set and framing the situation as a ‘feud’?”

“It’s difficult to see Ruimy (who ALWAYS has a problem with black artists) as anything other than an alt-right idiot,” wrote one enraged Reddit user. A response with 49 upvotes called for the subreddit to ban links to World of Reel altogether.

Ruimy failed to shower Keke Palmer with flattery the way most journalists do when she calls herself an “incomparable talent,” and blames colorism for the lag in her career. His article called her a “ticking time bomb” for her “spunky temperament” and tendency to get defensive in interviews. He defended Bill Murray as a “colourful character” who “didn’t do anything wrong save for a few jokes that clearly didn’t land well with Palmer.”

Directing a theatrical film promised an opportunity for Aziz Ansari to restore his reputation after he committed the heinous crime of having an awkward date during the #MeToo era. Being Mortal was a high-stakes project from the jump, so whoever risked it getting delayed or scrapped would face major backlash.

It looks like the culprit is Bill Murray, whose lasting starpower could determine whether the film sinks or swims. That is, if production ever resumes. 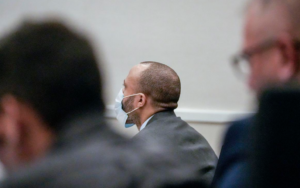