Britney Spears’ thirteen-year-long conservatorship status was officially terminated in November 2021, and since then she has been emotionally recovering and reclaiming her legal autonomy in the public eye.

Spears has become known for rather puzzling behavior online, posting videos of herself twirling and dancing with dark makeup smudged around her eyes and often wearing very little clothing. She announces breaks from using Instagram fairly frequently, but always comes back.

Yesterday, the newly pregnant singer shocked her 40.9 million followers with three different carousel posts in full frontal nudity, covered only by a heart emoji between her legs and her hands over her breasts. The singer casually captioned one of the posts: “Photo dump of the last time I was in Mexico BEFORE there was a baby inside me … why the heck do I look 10 years younger on vacation???”

Supporters of the #FreeBritney movement are overjoyed to see the pop icon display vulnerability on social media and finally express herself freely. While diehard fans hoped for a happy ending after the star’s legal battle, it turns out that real life is rarely so simple.

Some responses to questions about Spears’ posts displayed a great deal of intellectual dishonesty, accusing concerned onlookers of putting down a woman for having autonomy. Makeup artist Matt Bernstein unquestioningly defended the singer on Twitter, asking why people are “mad that [Britney is] able to express herself.” He speculated that the reaction was because “they hate autonomous women but frame it as ‘concern.’”

These reductive explanations fail to recognize that her risque photos could be symptomatic of a problem that goes deeper. If this is the stage of Spears’ life where she will be free to mature and learn from her mistakes, it would be a lot easier to do so without an audience in the tens of millions watching. At the very least, these posts are opening her up to a level of scrutiny that she is not emotionally prepared to receive.

While it would be easier to have a “live and let live” attitude toward Spears’ concerning behavior, it is more compassionate and intellectually honest to point out that she is signaling an unhealthy need for attention. It’s not a lack of modesty in Spears’ bizarre posts that sparked a debate about her mental health, but rather what seems to be a seriously disjointed thought process and a lack of self awareness from the 41-year-old expecting mother.

Unlike many other stars her age, Spears manages her social media personally instead of passing it off to an assistant that can curate it to look expertly polished. Naivety about technology isn’t a cause for concern in itself, but it’s crucial that Spears pinpoints how using social media will serve her.

There is a real possibility that she is using social media to fulfill a lingering desire for the spotlight that she was accustomed to in previous years. Her social media reach shouldn’t serve the interests of critics and trolls who feed on the most shocking content possible.

More likely than not, Spears is in a fragile state: it has been less than a year since she gained legal autonomy, and is in a high risk pregnancy due to stress and being in her forties. It is inexcusable to blindly celebrate the path Spears is currently taking since adjusting to her newfound independence.

Spears seems to have pigeon-holed herself as an entertainer and not a human being with a private life. Hopefully she can learn to navigate the social media circus. 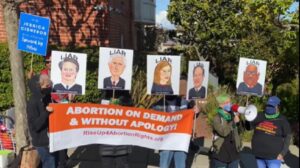