Eilish, 20, and new boyfriend Jesse Rutherford, 31, dressed up as a baby and an old man to poke fun at age gap concerns

Celebrities are allowed to be overgrown children with gobs of money and no hobbies, so they tend to go all-out with intricate costumes on Halloween. Billie Eilish took the theme of extended adolescence quite literally this year by dressing up as a blushing infant (complete with a pacifier) alongside her spindly rockstar boyfriend Jesse Rutherford, who dressed as a gray-haired elderly man.

Since Eilish made her relationship with The Neighbourhood vocalist public, the internet has debated whether their 11 year age gap is appropriate – not just for the 20-year-old singer-songwriter, but also for young and impressionable fans who wish to emulate her. The couple’s bizarre costume seems to make light of the controversy, and the joke didn’t land well on social media.

“[Billie Eilish] dating a man 6 years older than her older brother is gross in itself but the fact that they dressed up as a baby and an old man last night is just the icing on the cake,” wrote one Twitter user. They continued, “he’s also been in the industry much longer than she has and she used to look up to/ was inspired by the neighborhood, so there is an unbalanced power dynamic here.”

Rutherford should be aware that in the nuclear winter of post #MeToo Hollyweird, murmurs of an imbalanced power dynamic could make him radioactive within his own industry. A report from TMZ fed into suspicions of grooming by rumoring that the pair knew each other since Eilish was just 15 or 16 years old.

One unverified anonymous source told HollywoodLife that Billie’s older brother, Finneas O’Connell, “approves” of the high-profile relationship and “loves seeing his sister so happy and giddy.” However, this is the same guy who has been flamed online for dating an eerily close doppelganger of his younger sister. Something is clearly “off” about this whole situation.

It makes matters worse that Rutherford’s appearance is visually offensive to many (justifiably so). He seems to follow the abhorrent aesthetic trend of pale, skinny, tatted f—boys who venerate Megan Fox’s purse-puppy Machine Gun Kelly as a mascot.

Eilish’s ex-boyfriend, Matthew Tyler Vorce, got trashed for similar reasons. “Sad that Billie, who covered up to avoid being sexualized by gross men, is now dating one of said gross men. Disappointed, not surprised,” remarked one Redditor.

“I checked his insta and gen z are roasting him to the moon and back, he also calls himself a degenerate, has creep tattooed on him and tons of gory pics, gives me fake deep tortured soul man child vibes, yuck,” added another. Couldn’t have said it better myself, ladies.

It would be tantalizing to watch a stereotypical indie boy like Jesse Rutherford, once praised by feminists for “breaking gender roles” by merely slathering on some lipstick, fall from grace.

In addition, Billie Eilish needs to realize that attempting to troll the media and her own fanbase for raising perfectly reasonable questions about her public relationships is bound to backfire.

Ridiculing valid concerns for her wellbeing doesn’t make her look more grown up or edgy – it’s cringe and reveals how much the backlash truly bothers her. Hopefully, younger Billie stans won’t follow in her footsteps. 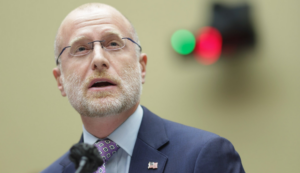