The Supreme Court of Ohio has indefinitely suspended a municipal judge and removed her from office after finding her actions over the last two years constituted “unprecedented misconduct.”

In a 37-page opinion, the state’s highest court detailed examples of complaints filed against Cleveland Municipal Court Judge Pinkey Carr since 2020 and stated her conduct with litigants, attorneys, and court staff undermines public confidence in the integrity and impartiality of the court.

Beginning in April of 2020, Carr failed to comply with an administrative order to reschedule cases during the COVID-19 pandemic, issued capias warrants to jailed defendants who did not appear in court, and waved fines for defendants she said were “brave enough” to appear in court. She later denied issuing the warrants during an interview with a local television station and with the presiding administrative judge.

The judge was also found to have falsified her journal entries to conceal arbitrarily waiving fines and costs – citing her birthday, the defendant’s birthday, holiday, or her family and friend’s birthdays. Carr amended charges against some defendants and then later claimed a prosecutor made the change.

Carr precluded defendants from participating in ability-to-pay hearings by scheduling the proceeding and not notifying the defendants. After the defendant did not appear, she would set $5,000 to $25,000 bonds to enforce fine payments.

When she eventually gave up this practice, Carr said in open court:

The Supreme Court also affirmed Carr did not comply with the Cleveland Municipal Court’s appropriate dress and decorum standards, carrying out judicial business while wearing above-the-knee spandex shorts, tank tops, workout attire and sneakers. In one anecdote included in the court’s decision, Carr told a defendant’s counsel she wasn’t dressing up because the following day was Juneteenth.

Carr admonished defendants that called her “ma’am,” told the court she would use the name Passion if cast in the television show P-Valley which is set in a strip club, and frequently joked she was open to taking bribes.

Carr was admitted to the Ohio bar in 1993 and served as an assistant prosecuting attorney for 13 years. She took her judicial office in 2012. In March of 2021, Carr was charged with five counts of misconduct following a 126-page report citing 583 stipulations and misconduct.

The Board of Professional Misconduct found that Carr “ruled her courtroom in a reckless and cavalier manner, unconstrained by the law or the court’s rules, without any measure of probity or even common courtesy” and “conducted business in a manner befitting a game show host rather than a judge of the Cleveland Municipal Court.” The panel found her actions seriously compromised the integrity of the court and recommended her suspension.

Carr challenged the ruling, arguing that the board used the “wrong legal standard” and did not weigh the “mitigating effects to her mental-health disorder.” Carr asked she be given a two-year suspension with 18 months conditionally stayed.

The Supreme Court affirmed the board’s decision on Oct. 18 and opted to immediately suspend Carr from her responsibilities as a judge effective immediately. Carr will not receive pay during her indefinite suspension. 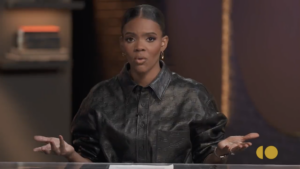