Owens criticized a Thursday episode of fashion brand Ulta Beauty’s podcast The Beauty of… hosted by “beauty expert” and celebrity hairstylist David Lopez featuring transgender influencer Dylan Mulvaney. The show’s topic centered around Mulvaney’s Tik Tok series “100 days of girlhood” following the influencer as he documents his life identifying as a girl. Mulvaney, who has continued the series after surpassing the first 100 days, discussed his experience with girlhood with the self-proclaimed “gender-bending” host.

The Daily Wire host commented on Mulvaney’s stylized appearance of a red dress with a matching bow in his hair while noting Lopez’s similar feminine appearance of long blonde hair accompanied by a beard. Owens suggested the two were “mocking” females by appropriating the stereotypical appearance of woman.

“They are basically on this podcast mocking what it means to be a woman,” Owens explained on her show. “This is Halloween. … They’re playing Halloween on a podcast and both of them are appearing dressed as women.”

.@RealCandaceO on Ulta hosting two biological men to explain "girlhood": "They should be talking about what it's like to need so much attention, right? How desperate you must be…on social media for likes that you dress yourself up like a woman…That is embarrassing." pic.twitter.com/s8P7awYXBu

“‘We’re talking all things girly’ as two grown men that have some form, some varying forms of mental illness,” she added. “Really what their mental illness is [is] attention. That’s what it is. There aren’t all these weird categories of things to identify as that suddenly appeared in our society rapidly over the last five years.”

The Daily Wire host further discussed the phenomenon of transgender and queer identifying people, claiming its prevalence did not exist when she was younger.

“But now rapidly everybody’s got something going on,” the host continued. “And everyone’s being given awards and podcasts for talking heroically about their experiences. Their experience they should be talking about is what it’s like to need so much attention, right? How desperate you must be to be so extreme on social media for likes that you dress yourself up like a woman and pretend that that suddenly makes you so. That is embarrassing and it needs to stop.”

Trans 👏 Girls 👏 Can 👏 Do 👏It 👏 All! Tune into the latest episode of The Beauty Of… where host @DavidLopezzz sits down with guest Dylan Mulvaney to chat all things girlhood 💝 Watch now: https://t.co/tCRfEryYkZ pic.twitter.com/uaXJqEBQI9

The cosmetic company faced backlash over the episode and has turned off comments on the  YouTube video as of Wednesday.

Mulvaney’s “100 days of girlhood” videos feature the influencer engaging in stereotypically feminine activities and commenting on his experiences in society identifying as a “girl.” In one video, the influencer comments on being “exhausted” identifying as a girl citing the need to keep up on clothes, hair, and makeup. Mulvaney continued, “those things don’t make me a girl,” before commenting on his beard that a “woman can have facial hair.”

Critics of transgender and “gender-fluid” identifying people have compared their lifestyle of appropriating a stereotypical female appearance to blackface. 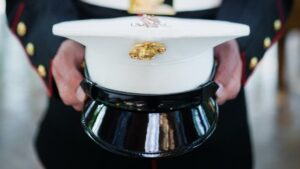