Analysts identified 'profound lack of seriousness' as a contributing factor to the U.S. Military's Decline

An annual report that uses a standardized, consistent set of criteria to assess the U.S. military’s strength has just rated the nation’s armed forces as “weak” and unable “to meet the demands of defending America’s vital national interests.”

The Heritage Foundation’s 2023 Index of U.S. Military Strength concluded that the U.S. military’s current underperformance is the result of “years of sustained use, underfunding, poorly defined priorities, wildly shifting security policies, exceedingly poor discipline in program execution, and a profound lack of seriousness across the national security establishment even as threats to U.S. interests have surged.”

This year’s report comes just weeks after U.S. soldiers voiced disdain for the military’s shift in focus under the Biden administration from combat readiness and war-fighting to “diversity, equity, and inclusion (DEI).” The Index, which is read by policymakers, could shape future legislation as the U.S. faces global challenges, including the escalating war between Russia-Ukraine, and the growing possibility of China moving to re-take Taiwan by force.

Doesn’t matter how many people like me have been warning about this. The truth is America is going to wake up one day to news that doesn’t seem real. A carrier group at the bottom of the Pacific. A regiment or two wiped out. It’s gonna be beyond heartbreaking.

“In other words, we don’t lack options, we lack leadership,” U.S. House Rep. Mike Gallagher (R-Wis.) said in prepared remarks addressing the release of the new report. “We lack leadership in the Pentagon capable of bending the bureaucracy to their will, in service of a defense strategy that prioritizes hard power.”

2015 marked the first year Heritage produced the Index, which it says is a report card for how well or poorly the military and individual countries evolved during the assessed year.

Researchers concluded that though the branch has modernized its forces, those modernization programs are still under development and are not able to be deployed, stating “the Army is aging faster than it is modernizing.”

The U.S. Navy is rated “Weak,” which Heritage says is a drop in score from “marginal” in last year’s Index.

Currently, the naval fleet is comprised of 298 ships, when it needs a battle force of 400 manned ships. Analysts predict the fleet will shrink to 280 ships by 2037, based on current funding levels.

Heritage has downgraded the Air Force from “Marginal” in 2021 to “Very Weak” this year.

Analysts determined that the Air Force would have a “difficult time responding rapidly to a crisis.” Among other reasons cited for the lower score are pilots needing more flight time and aging aircraft — the average age of fighter aircraft is 32 years old.

Additionally, the Air Force is currently operating at only 86 percent of capacity, which is 650 pilots short.

Researchers rated the U.S. Marine Corps as “Strong,” citing “extraordinary, sustained efforts to modernize,” and a “credible and practical pan for change,” which the branch is effectively implementing.

The 2023 Index ranked the U.S. Space Force as “Weak,” citing little evidence that the branch has improved its “readiness to provide nearly real-time support to operational and tactical levels of force operations or that it is ready in any way to execute defensive and offensive counterspace operations” since its establishment in 2019.

“In general, the military services continue to prioritize readiness and have seen some improvement over the past few years, but modernization programs, especially in shipbuilding, continue to suffer as resources are committed to preparing for the future, recovering from 20 years of operations, and offsetting the effects of inflation,” the report states. “As observed in both the 2021 and 2022 editions of the Index, the services have normalized reductions in the size and number of military units, the forces remain well below the level needed to meet the two-MRC benchmark, and substantial difficulties in recruiting young Americans to join the military services are frustrating even modest proposals just to maintain service end strength.”

Analysts added, “At present, the Administration’s proposed defense budget for FY 2023 falls far short of what the services need to regain readiness and to replace aged equipment, and Congress’s intention to increase the proposed budget by 5 percent accounts for barely half of the current rate of inflation, which is nearing 10 percent.” 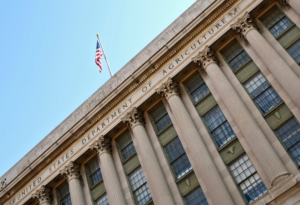