'My Facebook Page Was Obviously A Joke, But The Criticism Was Serious' Said Anthony Novak, Citing First Amendment Grounds

An Ohio man is appealing a case to the Supreme Court after he was arrested for poking fun at a local police department on social media.

Anthony Novak reportedly created a parody account of the Parma, Ohio Police Department on Facebook in 2016 where he made roughly half a dozen posts suggesting Parma police were racist and incompassionate. The following day in a news interview, Parma Police Department threatened to investigate the Facebook account saying social media users couldn’t discern parody posts from official law enforcement posts.

The parody account, which was not verified by Facebook, was live for about 12 hours before Novak deleted the page, the Washington Times reported. Police charged the man with a fourth-degree felony for allegedly disrupting public services by posting on his parody account. A SWAT team raided Novak’s apartment, seizing his laptop and other electronics. Novak faced up to 18 months in prison if convicted, though he was acquitted of the felony charge in August 2016.

After his acquittal, Novak sued the Parma Police Department for infringing his First and Fourth Amendment rights over their search and seizure of his laptop and equipment. Lower courts reportedly struck down his suit, citing the officers’ actions were protected under qualified immunity. Novak and attorneys are appealing the case to the Supreme Court on First Amendment grounds, arguing qualified immunity for law enforcement does not justify the alleged infringement of his right to free speech on the platform.

The city of Parma reportedly has until Oct. 28 to respond to Novak’s appeal, the outlet noted. For oral arguments to proceed in the Supreme Court, four justices must vote in favor of reviewing the case.

“I sued to hold the police accountable for violating my rights, but also to make sure this doesn’t happen to anyone else,” Novak said. “My Facebook page was obviously a joke, but the criticism was serious. I hope the Supreme Court will take my case and put other police forces on notice by making it clear that what happened to me was wrong.”

“If the police can use their authority to arrest their critics, everyone’s rights are at risk,” said Institute for Justice attorney Caroline Grace Brothers, who is representing Mr. Novak. “Criticizing or making fun of the police on the internet is no different than doing so in books, pamphlets or the public square. Getting arrested for a humorous Facebook post is no joke.”

“This Court has repeatedly affirmed that the doctrine of qualified immunity shields officers from civil liability so long as their conduct ‘does not violate clearly established statutory or constitutional rights of which a reasonable person would have known,” city attorneys wrote.

A Louisiana man is also reportedly being represented by Novak’s attorneys after police charged him with violating anti-terrorism laws for posting a joke online comparing the COVID-19 pandemic to a zombie outbreak. Like Novak’s suit, the Louisiana man’s case was also ruled in favor of law enforcement under qualified immunity. 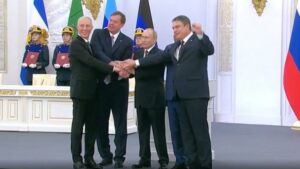