A bill similar to the Parental Rights in Education Act in Florida has been introduced by two House Republicans in Ohio.

The bill will also bar the promotion of “divisive concepts” including critical race theory and The 1619 Project.

Introduced by state Reps. Mike Loychik and Jean Schmidt on Monday, House Bill 616, will prohibit educators up to third grade from teaching, using, or providing “any curriculum or instructional materials on sexual orientation or gender identity.”

The bill goes further than its inspiration in Florida and will also block instruction related to sexual orientation or gender identity in a manner that is not “age-appropriate or developmentally appropriate for students in accordance with state standards” for grades four through twelve.

“The Ohio bill would also prevent public school educators from using classroom materials or curricula that ‘promote or endorse divisive or inherently racist concepts,’ including Critical Race Theory, which addresses systemic racism in the U.S. and has been hotly debated by lawmakers on the right,” The Hill reports. “Other ‘divisive concepts’ include intersectional theory; diversity, equity and inclusion in learning outcomes; and what the bill refers to as ‘inherited racial guilt.'”

“Children deserve a quality education that is fair, unbiased and age appropriate,” Rep. Loychik said in a press release from the House Republican Caucus on Tuesday. “This legislation promotes free and fair discussion.”

Schmidt added that, “the classroom is a place that seeks answers for our children without political activism. Parents deserve and should be provided a say in what is taught to their children in schools. The intent of this bill is to provide them with the tools to be able to see what their child is being taught.”

The bill would also require a process be created so that parents can file complaints about teachers or administrators who they believe are not complying with the rules. Those who are found in violation could face having their teaching licenses revoked and schools in violation could lose state funding.

“Teachers or students accused of violating those policies would be allowed a hearing. If a state superintendent finds that a complaint is true, the Ohio Department of Education would withhold funding ‘based on severity of the offense, to include a tiered funding penalty and terms for restoration of funds,'” the Dayton Daily News reports.

Democrats in the state are blasting the bill, using the same “Don’t Say Gay” nickname that activists used for Florida’s bill.

“The ‘Don’t Say Gay’ bill is outright dangerous and sets a precedent of censorship and misinformation in Ohio,” said Democratic Rep. Mike Skindell. 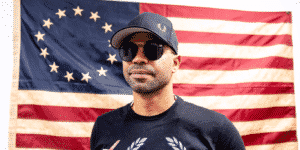