“De Blasio filed two of the three paperwork with the New York State Board of Elections last week to form a ‘New Yorkers for a Fair Future’ committee,” reports Forbes Magazine. “The committee aims to start fundraising for a statewide campaign, according to the state Board of Elections, Bloomberg reports. The two-term mayor did not share his plans for a gubernatorial run in an interview with MSNBC Tuesday, but said: ‘There’s a lot that needs to be fixed in Albany’ and that he ‘looks forward’ to taking part in that conservation.”

A poll from Spectrum NY1/Ipsos taken in May shows roughly half of New Yorkers give De Blasio’s job performance a thumbs down. About 40% approve of his handling of the Mayor’s office.

Read the full report at Forbes. 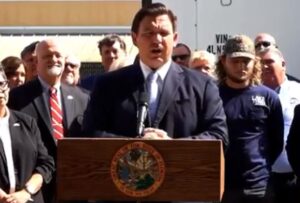