Florida Governor Ron DeSantis is not holding back in his criticism of reports that President Joe Biden considering a plan that would pay families of illegal aliens who were separated at the border under President Donald Trump approximately $1 million each.

The alleged proposal would pay each illegal immigrant $450,000 per person — and since the majority were one child and one parent, it would amount to $900,000 per family.

“The U.S. Departments of Justice, Homeland Security, and Health and Human Services are considering payments that could amount to close to $1 million a family, though the final numbers could shift,” The Wall Street Journal reported. “Most of the families that crossed the border illegally from Mexico to seek asylum in the U.S. included one parent and one child.”

DeSantis called this plan a “slap in the face” to hard working Americans and legal immigrants during a press conference on Monday.

Paying illegal immigrants hundreds of millions of taxpayer dollars for “damages” is a slap in the face to hardworking Americans and individuals who legally immigrated to our country. pic.twitter.com/GxusWKLL6c

“I mean, you think about it, Americans are getting more in their gas bills, they’re getting more in their grocery bills. You’ve had all kinds of really bad policies throughout our country, that has limited freedom. And you’re going to turn around for that, and you’re going to do $475,000 for an individual that came illegally to this country? I’ve seen a lot in my day. I’ve seen a lot that’s happened over the last nine or 10 months that I didn’t think I’d ever see, but this takes the cake,” DeSantis said. “If that is done, that is going to be a slap in the face to every hard working American who works hard and plays by the rules and it will especially being a slap in the face to people that have immigrated legally to this country. That should not be allowed to stand. It’s wrong. And whatever we can do in Florida to fight back against it, we will do.”

The bombshell Wall Street Journal report went on to say that “discussions about the payouts have taken place over the past few months” between private lawyers representing illegal migrant families and government lawyers.
*For corrections please email [email protected]*
Share
Next 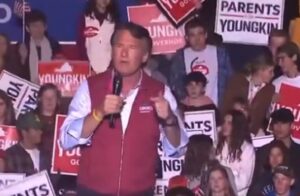