The number of abortions in the US declined by six percent in the two months since Roe v. Wade was overturned, according to a new report.

The study conducted by WeCount, which is part of the pro-abortion Society of Family Planning (SFP), found that there have been approximately 10,000 fewer abortions since the Dobbs v Jackson’s Women’s Health Organization Supreme Court decision on June 24, 2022.

According to the report released by SFP, “#WeCount is a national abortion reporting effort that aims to capture the shifts in abortion access by state following the June 24, 2022 Dobbs v Jackson’s Women’s Health Organization Supreme Court decision. The Dobbs decision overturned Roe v Wade, removing the federal protection that Roe had provided since 1973, which permitted abortion in all US states until fetal viability. In the wake of the decision, many states have or will implement total abortion bans and/or other extreme restrictions on abortion care, with restrictions that carry civil and criminal penalties.”

“This change represents a decrease of 6% in the number of abortions nationally, comparing April and August 2022,” the report says. “Since the Dobbs decision, there were 5,270 fewer abortions in July and 5,400 fewer in August, for a cumulative total of 10,670 fewer people who had abortions in those months.”

The organization also determined that the national abortion rate decreased from 14 per 1,000 women of reproductive age in April to 13 per 1,000 in August.

In Texas and Oklahoma, where near-total bans have been put in place, abortions dwindled down to fewer than ten. 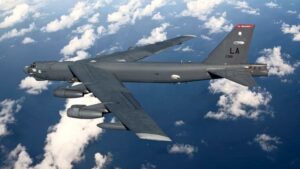