Military experts believe the redeployment is a clear warning to China

The U.S. is planning to deploy up to six B-52 bombers to Australia as China continues to saber-rattle over Taiwan.

B-52s are nuclear-capable and Australian officials are planning to host the massive airships Tindal air base, located in the northern part of the country, according to a new report from ABC News.

News of the deployment is being widely interpreted as a strong warning to China, which has escalated rhetoric suggesting it may move to re-take Taiwan.

“Having bombers that could range and potentially attack mainland China could be very important in sending a signal to China that any of its actions over Taiwan could also expand further,” said Becca Wasser, Senior Fellow at the Center for a New American Security.

The B-52 bomber — which was featured in Stanley Kubrick’s 1964 classic Cold War film Dr. Strangelove — is the most combat capable bomber in the entire U.S. inventory, according to its manufacturer Boeing. It is 185-feet-wide, 159-feet-long, can fly at an altitude of 50,000 feet and has a range of 8,800 miles.

Tindal air base is being expanded to include parking for the six bombers at a cost of up to $100 million. The U.S. Air Force expects the parking area to be completed by 2026.

China responded to news of the deployment by urging Western forces to stop harming the interests of third parties.

“China urges the parties concerned to abandon the outdated Cold War and zero-sum mentality and narrowminded geopolitical thinking, and to do something conducive to regional peace and stability and enhancing mutual trust between the countries,” he added.

News of the bomber deployment to Australia comes weeks after China’s state media called reunification with Taiwan “inevitable and necessary” and after a senior U.S. Navy official warned China could move by the end of 2022 to retake Taiwan.

“It’s not just what [Chinese President Xi Jinping] says, but it’s how the Chinese behave and what they do. And what we’ve seen over the last 20 years is that they have delivered on every promise they’ve made earlier than they said they were going to deliver on it,” said Admiral Michael Gilday, chief of U.S. naval operations. 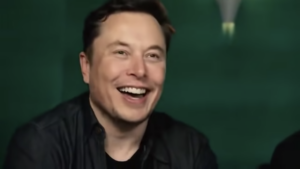