On Sunday, Elon Musk revealed he received an email from Twitter informing him of a “mandatory” management training course from the platform.

“M101 covers what it means to be a good manager at Twitter by showing you how to create opportunities for impact, help your Tweeps grow their careers, and demonstrate for your team.”

The email concluded by informing Musk he had 30 days to finish the “mandatory” course. After completion of the course, the email states he would be enrolled in a follow up course, “Managing @Twitter 201.”

“Just received this email from Twitter,” said Musk sharing a screenshot of the email. “This is an actual, real email that was autogenerated.”

Just received this email from Twitter. This is an actual, real email that was autogenerated 🤣🤣 pic.twitter.com/7DQp4sNINX

“So demanding to allow a mere 30 days to learn this priceless information!” Musk jokingly said commenting on the course’s deadline provided before following up, “but Management 201 is such a tantalizing carrot …”

Musk replied to users commenting on his tweet thread further announcing he wasn’t sure who the CEO was though reiterating he was the “Chief Twit.”

“There seem to be 10 people ‘managing’ for every one person coding,” Musk replied to one user who asked his opinion on Twitter’s main issue.

The tech billionaire further commented on the company’s name for users, “Tweeps,” jokingly saying they would be referred to as “Twits” from now on.

Other topics Musk appeared to express interest in was a subscription payment service for the platform’s blue check mark “verified” banner, longer form videos perhaps on a separate application, along with “even-handed” fact-checking banners originally popularized during the COVID-19 pandemic and expanded during the 2020 Presidential Election to combat “misinformation.”

Musk previously expressed interest in returning access to accounts serving lifetime bans, including former President Donald Trump, Alex Jones, and Milo Yiannopoulos among others. However, the tech billionaire announced he would not move forward restoring their access to the platform until a content moderation council with “widely diverse viewpoints” has convened. Users experiencing account suspension for “minor [and] dubious reasons would have access to the platform restored, Musk said.

On Saturday, former Secretary of State Hillary Clinton’s tweeted suggesting the Republican Party was largely responsible for Paul Pelosi‘s Friday morning assault. Musk responded to Clinton in a since-deleted tweet with an article suggesting the assault was between Pelosi and a male prostitute.

“There is a tiny possibility there might be more to this story than meets the eye,” said Musk, who included a news article in the deleted tweet. It is unclear whether Musk shared the article as a humorous response or as a sincere suggestion that the article was factual. However, his response appears to suggest the new owner of Twitter’s goal is rolling back the platform’s previous censorship and “misinformation” standards. 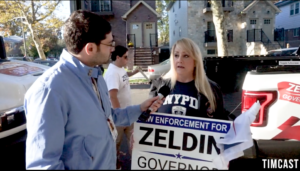