Musk promises that the council will consist of 'widely diverse viewpoints'

Twitter users who have been banned from the platform will still need to wait for account reinstatement to be reviewed by a new “Content Moderation Council,” according to a statement from Elon Musk.

The once-public social media platform is officially under the private ownership of Musk who was quick to make personnel changes late Thursday night. But while a number of Twitter personnel have been shown the door, Musk has stated that users should not expect permanently suspended accounts to be returned to the platform just yet.

A user who had misinterpreted the return of Kanye West — who legally changed his name to Ye last year — as the product of Musk’s takeover asked why the billionaire rapper was allowed to return to the platform. “Ye’s account was restored by Twitter before the acquisition,” Musk explained. “They did not consult with or inform me.”

Musk issued a brief statement to advertisers following the news that the deal had been finalized, reassuring Twitter’s main source of revenue that the network would not become a “free-for-all hellscape, where anything can be said with no consequences.”

Immediately after taking control of Twitter, Musk terminated the employment of Twitter’s chief executive officer Parag Agrawal, according to sources who spoke to CNBC. Agrawal, however, will not walk away empty-handed. The former CEO will receive roughly $42 million from the sale according to Reuters.

The closure of the deal comes just one day before Musk’s Friday deadline and, if the deal failed to close, the billionaire entrepreneur would have had to handle the dispute in court.

Twitter sued Musk in Delaware’s Court of Chancery in July after he balked on his April proposal to buy the company. The judge ruled that Musk, who in October indicated that he was now willing for the deal to proceed as originally planned, had to close the deal no later than Oct. 28 or let the lawsuit play out. 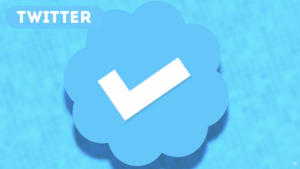