'We need to implement the technologies we have right here, right now to save lives,' said the board's chairwoman

The federal agency tasked with investigating civil transportation accidents has recommended all new vehicles be required to include blood alcohol monitoring systems.

Drivers would need to test below the legal alcohol consumption limit in order for the car to be operational.

The National Transportation Safety Board says the recommendations come after an investigation into a New Year’s Day 2021 car crash in Avenal, California that killed nine people, including seven children.

​“Technology could’ve prevented this heartbreaking crash — just as it can prevent the tens of thousands of fatalities from impaired-driving and speeding-related crashes we see in the U.S. annually,” said NTSB Chair Jennifer Homendy in a Sept. 20 statement. “We need to implement the technologies we have right here, right now to save lives.”

The crash occurred on State Route 33 when a pick-up truck with a driver and seven passengers between the ages of 6 and 15 collided with an SUV. The driver of the SUV had been traveling at 88 to 98 mph and ran off the road into the right shoulder before overcorrecting and steering the car to the left across the centerline. ​

The truck and SUV collided head-on and the truck immediately went up in flames. The driver of the SUV and all eight people in the truck died.

Following its investigation, the NTSB reported that the SUV driver’s alcohol intoxication and high speed caused the fatal accident. The driver’s blood alcohol level was 0.21% — three times the legal limit in California, per AP News.

The agency is asking the National Highway Traffic Safety Administration to require new vehicles to include vehicle-integrated alcohol impairment detection systems or advanced driver monitoring systems that would prevent or limit a vehicle’s operation if a driver is not within the legal blood alcohol limits. Cars would also be equipped with a combination of the two monitoring systems.

NHTSA data indicates alcohol is the leading cause of injury-involved crashes and that 230,000 people have died in crashes involving alcohol-impaired drivers since 2000.

“To prevent alcohol and other drug-impaired driving crashes, the NTSB has called for in-vehicle alcohol detection technology, the lowering of the blood alcohol concentration limit to .05 g/dL or lower, alcohol ignition-interlock devices for people convicted of driving while intoxicated and recommended that regulators develop a standard of practice to improve drug toxicology testing,” per the board’s statement.

Congress required the NHTSA to obligate carmakers to install alcohol monitoring systems in vehicles by 2024 as part of the 2021 infrastructure bill.

Stephanie Manning, government affairs officer for Mothers Against Drunk Driving, called the provision “the most significant rule-making in NHTSA’s history.”

The provision does not specify what technology automakers must incorporate, describing it only as a “passive monitor” that can detect impairment due to alcohol consumption. 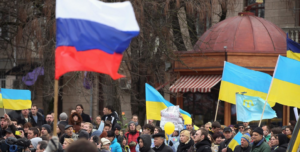