World leaders vowed to not accept the results

Four separatist regions of Ukraine have scheduled votes to decide if they will formally join Russia.

Two of the regions, Luhansk and Kherson, are currently under Russian control while Zaporizhzhia and Donetsk are considered partially occupied.

Russia launched an invasion of Ukraine in late February, describing the move as a “special military operation,” “peacekeeping mission” and a “denazification campaign” to the media.

Russia’s state news agency Tass reported the Donetsk vote would be held between Sept. 23 and Sept. 27. The election is open to “citizens of the DPR, including those outside its territory who have reached the age of 18 on voting day… with the exception of citizens declared incompetent by a court.”

The BBC noted that “annexing more Ukrainian territory would enable the Kremlin to claim Russia itself was coming under attack from Nato weapons.”

Some experts believe Russia is on the brink of launching a mass mobilization effort after its parliament enacted more serious punishments for people who desert military duties, damage military properties, or are insubordinate during combat operations.

“The votes … are all but certain to go Moscow’s way but are unlikely to be recognized by Western governments who are backing Ukraine with military and other support that has helped its forces seize momentum on battlefields in the east and south,” reports The Baltimore Sun.

Both Ukrainian and Western officials have already said they will not acknowledge the regions as part of Russia.

“As we’ve been warning for months, Russia appears to be proceeding with plans to hold sham referenda in areas of Ukraine under its control, and even in areas of Ukraine not currently under its control, in direct violation of Ukraine sovereignty,” said US National Security Advisor Jake Sullivan at a White House press briefing on Sept. 20. “We know that these referenda will be manipulated. We know that Russia will use these sham referenda as a basis to purportedly annex these territories either now or in the future.”

Turkish president Recep Tayyip Erdoğan and French President Emmanuel Macron both said their nations will not recognize the result of the referendum vote.

Canadian Prime Minister Justin Trudeau denounced the votes on Twitter and pledged the result would not be recognized by his government.

“This is a blatant violation of international law,” Trudeau wrote. “It is a further escalation of war. And it is unacceptable.”

NATO Secretary General Jens Stoltenberg also described the referendums as a “sham” with “no legitimacy” on Twitter. He said the regions’ votes “do not change the nature of #Russia’s war of aggression against #Ukraine.”

He called on the “international community” to “condemn this blatant violation of international law & step up support for Ukraine.”

Ukrainian Foreign Minister Dmytro Kuleba said the “sham ‘referendums’ will not change anything.”

“Russia has been and remains an aggressor illegally occupying parts of Ukrainian land,” Kuleba tweeted. “Ukraine has every right to liberate its territories and will keep liberating them whatever Russia has to say.”

Russian officials have said the decision should be left up to the regions.

“From the very start of the operation … we said that the peoples of the respective territories should decide their fate, and the whole current situation confirms that they want to be masters of their fate,” said Russian Foreign Minister Sergei Lavrov, per Reuters.

Russian President Vladimir Putin postponed a scheduled address to his nation until Sept. 21. 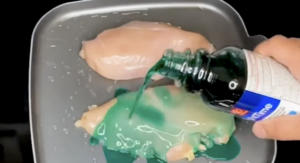