The statement warns of social media trends colloquially referred to as “challenges” that typically target a younger audience and encourage users to misuse household items, including nonprescription medication, which can lead to harm or death, according to the statement. Nonprescription drugs are typically referred to as over-the-counter (OTC) drugs available for purchase without prescription at any pharmacy or general store carrying household goods.

The challenge in question is referred to as the “NyQuil Chicken Challenge,” or “Sleepy Chicken,” which encourages users to cook chicken in NyQuil or other generic versions of the cough and cold medication. However, it’s unclear if users are further encouraged to consume the cough medication-sautéed chicken. The FDA warns inhaling fumes emitted by cooking the concoction are enough to cause harm.

“Boiling a medication can make it much more concentrated and change its properties in other ways,” the FDA said. “Even if you don’t eat the chicken, inhaling the medication’s vapors while cooking could cause high levels of the drugs to enter your body. It could also hurt your lungs. Put simply: Someone could take a dangerously high amount of the cough and cold medicine without even realizing it.”

The FDA has issued a warning about dangerous social media challenges, such as cooking chicken in NyQuil https://t.co/kwbulxB4Rq

Parents are encouraged by the FDA to keep OTC and other prescription medication away from children in order to prevent them from partaking in the challenge, according to the statement. The FDA further told parents to explain to children the dangers of participating in viral social media challenges which may result in irreversible harm — including death.

Finally, the statement asked users to note their medication’s Drug Facts Label, which provides accurate information on what the medication does and proper dosage instructions.

The “NyQuil Chicken Challenge” mirrors the viral “Tide Pod Challenge” in 2018, which prompted users to place the individually wrapped cleaning products in their mouths. The consumption of any liquids inside a Tide Pod could be deadly, according to acting chairman of the Consumer Product Safety Commission Ann Marie Buerkle, per CBS News.

Tide Pods’ chemical makeup include heavy cleaning detergents ethanol, hydrogen peroxide and polymers. “They should not be played with… Even if meant as a joke. Safety is no laughing matter,” said Procter & Gamble, maker of Tide products in a statement to the outlet. 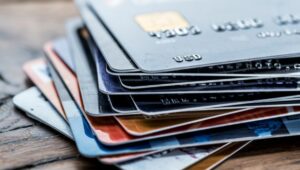