The head of the U.S. National Transportation Safety Board (NTSB) has publicly raised concerns about the risk of heavy electric vehicles (EVs) to other vehicles on the road.

NTSB Chair Jennifer Homendy raised the issue in a speech to the Transportation Research Board (TRB). After mentioning concerns about the safety risks of lithium-ion batteries in electric vehicles, she expressed worry over the “increased risk of severe injury and death” caused by the increased weight, size, power, and performance of vehicles on U.S. roads, including EVs.

EVs typically carry extra weight due to the mass of their batteries, which currently must weigh thousands of pounds in order to provide enough power for 300 miles or more per charge.

“A GMC Hummer EV weighs over 9,000 pounds, up from 6,000 pounds Its gross vehicle rating is a staggering 10,550 pounds. The battery pack alone weighs over 2,900 pounds, actually 2,923 pounds, which is just 10 pounds shy of an entire Honda Civic,” Homendy told the audience at the TRB annual meeting.

“The Ford F-150 Lightning is between 2,000 and 3,000 pounds heavier than the non-electric version. The Mustang Marquee Volvo XC40EV and RAV4 EV, for example, are all roughly 33 percent heavier,” she added. “That has a significant impact on safety for all road users.”

Homendy said that though she is “inspired” by the Biden administration’s push toward EVs, “we have to be careful that we aren’t also creating unintended consequences.”

Researchers have found that in vehicle collisions, lighter vehicles will always be at a disadvantage compared to heavier vehicles. A report from the National Highway Traffic Safety Administration shows that as the weight of vehicles increases, so does the risk to smaller vehicles around them.

“These bigger, heavier batteries are going to cause more damage,” said Michael Brooks, executive director for the nonprofit Center for Auto Safety. “It’s a simple matter of mass and speed.”

Brooks also cited a 2011 paper from the National Bureau of Economic Research, which showed that being struck by a vehicle with an extra 1,000 pounds increases the probability of being killed in a crash by 47 percent. 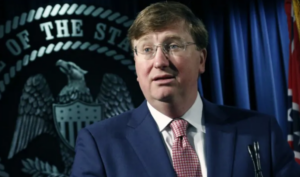 Mississippi is 20th State to Enact Ban on TikTok