Tennis champion Novak Djokovic will not need to get the COVID-19 vaccine to compete at the upcoming Wimbledon Tournament in the United Kingdom.

The Serbian player was ultimately deported from Australia before he could compete in the Australian Open after a lengthy legal battle regarding his vaccination status. He had originally been granted an exemption from the nation’s vaccination requirement but later had his visa revoked. As a result, Djokovic was unable to compete for his 21st championship title.

Djokovic has subsequently had to miss tennis tournaments in the United States because COVID-19 pandemic border rules do not permit unvaccinated travelers to enter the country.

After the fall-out from the Australian Open, the 34-year-old said he would rather miss more international tennis events than be forced to comply with a vaccine mandate.

Britain does not require travelers to be fully vaccinated to enter the country.

Sally Bolton, the chief executive of the All England Lawn Tennis Club, said in a statement on April 26 that “whilst, of course, it is encouraged” for all competitors to be fully vaccinated, “it will not be a condition of entry to compete” at Wimbledon, per AP News.

Bolton also noted that any unvaccinated players are not required to quarantine upon arrival in England.

“We don’t intend to implement any of the COVID-19 measures that we saw last year in any substantial fashion,” Bolton said. “We are of course keeping it on our radar in case we need to take further action.”

Wimbledon 2022 is scheduled for June 27 to July 10. The grass-court tournament is held at the All England Lawn Tennis and Croquet Club in London. Because Britain has repealed the majority of its COVID-19 restrictions, spectators are permitted to attend at full capacity.

The AELTC announced earlier this month that all Russian and Belarusian athletes would be banned from competing in any of its 2022 tournaments including Wimbledon. The organization said the measure was made to “limit Russia’s global influence through the strongest means possible.”

“In the circumstances of such unjustified and unprecedented military aggression, it would be unacceptable for the Russian regime to derive any benefits from the involvement of Russian or Belarusian players with The Championships,” the AELTC said in a statement on April 20.

“We recognise that this is hard on the individuals affected, and it is with sadness that they will suffer for the actions of the leaders of the Russian regime,” added Ian Hewitt, the AELTC Chairman said. “We have very carefully considered the alternative measures that might be taken within the UK Government guidance but … the importance of not allowing sport to be used to promote the Russian regime and our broader concerns for public and player (including family) safety, we do not believe it is viable to proceed on any other basis at The Championships.”

“Djokovic spoke about that decision the same day and said it was ‘crazy’ for officials to bar Russian and Belarusian players,” reports UPI.

The Serbian player is also expected to compete at the 2022 French Open from May 22 to June 5 in Paris as well as the clay-court 2022 Italian Open from May 8 to May 15. 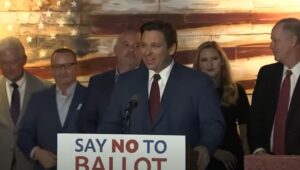