“I don’t think there is any other place in the country where you should have more confidence that your vote counts than in the state of Florida,” DeSantis said shortly before signing the bill.

The legislation creates the Office of Election Crimes and Security within the Department of State, which will work alongside the Secretary of State to review reports of alleged election law violations or “irregularities.”

The director of the office, who the Secretary of State will appoint, is authorized to initiate independent inquiries into alleged violations of Florida’s election law, election code, “or any rule adopted pursuant thereto.”

It remains unclear how many officers will staff the force, with S.B. 524 leaving that decision up to the legislative appropriations process. These officers will not carry a firearm or be vested with the power to detain or arrest anyone during the course of their investigations. Instead, they will act in a support role, processing complaints, investigating them, and referring any findings to relevant agencies who may pursue prosecution.

A transparency clause within the bill mandates that the Department of State issue an annual report detailing every investigation conducted by the office and whether any agency pursued criminal prosecution. Despite these provisions, the ACLU and the League of Women Voters quickly condemned the bill.

“There is absolutely no reason for an elections police force,” ACLU of Florida political director Kirk Bailey commented. “In 2020, Gov. Ron DeSantis and his allies in the Florida Legislature praised the accuracy and efficiency of the election. Since then, they have worked to undermine the right to vote in Florida.”

Last month, Mark Walker, the chief judge on the United States District Court for the Northern District of Florida and an appointee of former President Obama, rescinded part of Florida’s 2021 election reforms, ruling that the law placed unconstitutional restrictions he believed were directed at suppressing black voters.

“Based on the indisputable pattern set out above, this court finds that, in the past 20 years, Florida has repeatedly sought to make voting tougher for Black voters because of their propensity to favor Democratic candidates,” he wrote in his decision.

His order also included a rarely used preclearance requirement obligating the Florida legislature to seek approval before attempting to pass legislation dealing with the issues he addressed. Two of those issues — imposing limits on mail-in drop boxes and prohibiting organizations from handing out snacks to those waiting at the polls — are not addressed in the bill enacted by DeSantis on Monday.

A third overturned provision obligated voter registration groups to issue disclaimers that their organization might not file registrations in time if rolls for the next election close within 14 days. The new bill deals directly with this issue.

To navigate Walker’s ruling, the 2022 election package orders that the disclaimer about third-party voter registration be printed directly on the ballot.

Provisions to fine third-party voter registration groups that do not “promptly” return registrations within 14 days of receiving them, or do not return them before registration for the next election closes will receive a $50 fine for each application or $250 if it can be proven that they acted willfully. An additional $100 fine will be levied against these organizations if they accept an application when the voter rolls are open but fail to deliver it until after the books are closed. That penalty jumps to $500 if willful intent can be proven. Failure to submit an application entirely will result in a $500 fine or $1,000 if the inaction was intentional.

Prior to the enactment, voter registration organizations could receive fines totaling up to $1,000. This upper limit has increased significantly — frequent violators can now amass $50,000 in penalties.

These groups will also be held liable if any of their members are caught modifying a voter registration application and will suffer an additional $1,000 penalty for each instance.

Lastly, any person or organization caught receiving and delivering more than one additional ballot on behalf of another person, a process known as ballot harvesting, will be convicted of a felony.

The League of Women Voters issued a statement criticizing these provisions.

“This will chill churches, nonprofits, and other organizations from doing voter registration work that is relied upon by hundreds of the thousands of Floridians,” the group said in their issued statement.

The DeSantis administration has already filed a notice of intent to appeal Walker’s decision with the 11th Circuit Court of Appeals, where the majority of judges were seated by Republican presidents. Legal experts are anticipating a friendly ruling that reverses Walker’s preclearance requirement. 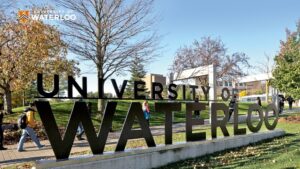