Is it enough to have a platform to allow free speech if the populace is fed a singular narrative through the corporate press?

Courtesy of Steve Jurvetson via Flickr and Wikimedia Commons. The size of the image was been altered.

The April 25, 2022 purchase of Twitter by Elon Musk has emerged as a major development in the media landscape. While many legacy media figures are utilizing the tried-yet-untrue “threat to democracy” narrative, Musk has made his purchase of the social media giant in the name of free speech.

In an April 14, 2022 TED Talk, Musk stated that he wanted Twitter to be an “inclusive arena for free speech”. He remarked: “Twitter has become kind of the de facto town square, so it’s just really important that people have the, both the reality and the perception that they are able to speak freely within the bounds of the law”. To him, purchasing Twitter isn’t a moneymaking venture: “I don’t care about the economics at all.” The CEO of Tesla and SpaceX also recently explained that “failing to adhere to free speech principles fundamentally undermines democracy.”

But is it enough to have a platform to allow free speech if the populace is fed a singular narrative through the corporate press?

Conservative documentarian Dinesh D’Souza wrote in a Jan. 28, 2022 tweet to Musk: “Tweets are fine @elonmusk but you can dramatically change the political and cultural landscape this way: 1. Buy and take over a major social media platform 2. Acquire or create a TV network like ABC, NBC, or CBS 3. Create a world-class online university and offer degrees for free.”

Tweets are fine @elonmusk but you can dramatically change the political and cultural landscape this way: 1. Buy and take over a major social media platform 2. Acquire or create a TV network like ABC, NBC or CBS 3. Create a world-class online university and offer degrees for free.

Despite an increase in access to broadcast programming, Americans appear to be tuning out major networks with declining ratings across the board. While the number of television households has steadily risen to 122.1 million over the past twenty years, pay TV subscription rates have dropped to 71 percent. Nielsen estimated that of the 121 million American TV homes in the 2020-21 season, 96.1 percent of those households received traditional TV signals via over-the-air antenna, cable, DBS, Telco, or a broadband internet connection.

More and more audiences are gravitating towards podcasters like Joe Rogan and pundits like Tucker Carlson on FOX News — the latter of whom is the most-watched commentator among Democrats between 25 and 54. Purportedly objective news networks and news satire shows continue to duke it out among themselves for a smaller and smaller share of American viewership. Jimmy Kimmel of ABC — who used the phrase “dying with dignity” to describe the state of broadcast television — laid bare his seeming inability to understand the reality of a growing potential audience.

Myopia among some media higher-ups is evident. An ABC exec referred to Kimmel as the “king of late night” while ignoring the fact that Greg Gutfeld, a FOX News late night host, has managed to beat Kimmel and all other major broadcast late night shows for the coveted viewer demographics. In spite of Kimmel’s narrative, the increasing number of broadcast households underscore the opportunity for Musk to facilitate the development of discussions and ideas through informational as well as creative content. If Musk were to take on the next step of creating an informed town square, what could that entail?

CBS made its bones as a news network in the 1950s through the 1970s with objective, “just the facts” reporting. Edward R. Murrow’s expose of McCarthyism played a role in the fall of the Second Red Scare, a triumph of free speech. Paramount Global also owns Comedy Central. In the 2000s, news satire shows such as The Daily Show and The Colbert Report were a prime news source for college-aged viewers. In their heyday, Stewart and Colbert became a news source for younger viewers that combined breaking news with comedy. That goodwill may or may not be a part of why Colbert’s Late Show beats his rivals on the big three broadcast networks.

Investing heavily in its money-losing streaming service Peacock, NBC hasn’t held the “Must-See-TV” label for decades. NBC’s drama department, led by procedurals produced by Dick Wolf, is doing well, yet the network has faced embarrassing flaps and stumbles. The course of the Olympics in Beijing — referred to by critics as the Genocide Games and compared to the 1936 Nazi Olympics in Munich — also brought pause and opprobrium. NBC News lead anchor Lester Holt’s remarks declaring “fairness is overrated” brought further scrutiny to the credibility of the network’s news coverage.

Federal Judge Laurence Silberman recently stated that more media control was dangerous “because we are very close to one-party control of these institutions” and that “two of the three most influential papers (at least historically), The New York Times and The Washington Post, are virtually Democratic Party broadsheets.” Judge Silberman noted that a “one-party control of the press” poses a threat to a “viable democracy.” Can Musk’s decisions — far from posing a threat to democratic values — help save the concept of freedom in the U.S. envisioned by the Framers?

Were Musk to purchase either Paramount Global or NBCUniversal, he would acquire one of the “Big Three” broadcast networks that reach a broad audience of hundreds of millions of viewers over-the-air. Musk leading a network and reworking its news coverage could not only return it to Murrow-style “just-the-facts” reporting; it could also reach a growing user base and take advantage of a cord-cutting phenomena that is continuing to gather steam. Acquiring and/or starting a multifaceted media company — particularly one with an established audience — may be helpful towards defending the principles of freedom Musk espouses.

Musk’s purchase of Twitter is already a huge step forward for free speech. The statistics refute the notion of a dying broadcast industry — it’s not that fewer households have access, it’s that the appeal of one-sided coverage has become more and more limited. Could Elon Musk reinvigorate an industry that believes that it is on the way out, and at the same time infuse the information ecosystem with a broader variety of viewpoints? Perhaps Elon Musk could single-handedly bring balance back to the U.S. information landscape. 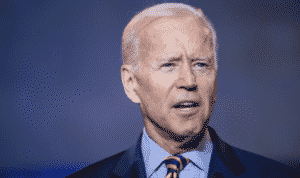