Norway lifted many of its COVID-19 restrictions on Saturday and was subsequently categorized as a “highest” risk country by the Center For Disease Control.

Although she insisted the pandemic was not over, Prime Minister Erna Solberg said on Friday most of the national coronavirus restrictions would be eased.

“It has been 561 days since we introduced the toughest measures in Norway in peacetime,” Solberg said during a press conference. “Now the time has come to return to a normal daily life.”

According to Metro, “Solberg had so far implemented the first three stages of a four-step plan to remove social and economic restrictions imposed since March of last year, but the final step was postponed several times amid worries over infection rates.”

“I want to say: Thank you very much, Norway,” the outgoing prime minister said.

The requirement for serving patrons in restaurants was lifted as well as the 3.3-feet social distance rule. Eateries, bars, and nightclubs can be open after midnight.

Additionally, anyone who contracts COVID-19 will be required to isolate to avoid spreading the virus, notes Reuters.

Government data indicated that approximately 70% of Norway’s population of 5.3 million have gotten both shots and 76% have received at least one dose.

Denmark was the first Scandinavian country to ease COVID-19 restrictions on Sept. 10.

More than 18 months after the restrictions were initially implemented, Norwegians celebrated in the streets after the announcement. Celebrations lasted from Saturday afternoon into the early hours of Sunday morning.

“Some nightclub owners expressed anger and frustration over the sudden removal of the restrictions, arguing that they should have been given notice a few days in advance. Solberg responded to criticism by saying that Norwegian health experts had supported the measure,” per The Washington Examiner.

Police in Oslo registered at least 50 fights and disturbances during the night, as long lines formed outside of clubs, bars, and restaurants. There were other reports of people fainting while waiting to get into pubs in Trondheim.

Before the CDC reclassified Norway to its highest travel advisory warning level, the country had been designated a Level 3 ‘high’ risk destination — along with Bulgaria, which was also upgraded over the weekend.

“The CDC advises Americans to avoid traveling to any destinations classified as Level 4 status,” reports The Observer. “If travel is absolutely necessary, the agency recommends travelers be fully vaccinated beforehand, and to keep informed of rapidly changing rules and guidelines from government and health organizations, in addition to local guidance. The CDC currently advises unvaccinated Americans to avoid all international travel amid the COVID-19 pandemic, especially with the rise of highly contagious strains like the Delta variant.”

In Norway, travel restrictions will be relaxed, including lifting the advisement against traveling outside of Europe. The government said there will still be some restrictions for international travelers arriving from countries with high infection rates. 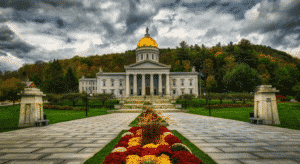