North Korea tested a ballistic missile for the first time in two months, sparking regional concerns about its military intentions.

The Jan. 5 launch is believed to have been fired from Jagang province, in the northern part of the country, according to the South Korean military. It was directed toward eastern waters.

South Korean President Moon Jae-in said on Jan.3 that he would continue to seek an “irreversible peace” with North Korea during his New Year’s address to his nation. He is serving the final year of his five-year term as president.

“Peace is an indispensable condition for prosperity, but peace is prone to faltering if not institutionalized,” Moon said during the televised speech. “If given the opportunity, the government will seek a path to normalization of inter-Korean relations and an irreversible peace until the end. And I hope that the next government will continue to strive for dialogue.”

While the launch “highlights the destabilizing impact of (North Korea’s) illicit weapons program,” the U.S. Indo-Pacific Command said in a statement it was not a threat to any American territories or allies.

Nuclear diplomacy talks between the United States and North Korea fell apart in 2019. The totalitarian nation has repeated rejected offers from Washington D.C. to resume the negotiations.

Other nations in the region, including China and Japan, detected the launch.

“We find it truly regrettable that North Korea has continued to fire missiles since last year,” Japanese Prime Minister Fumio Kishida said in a statement to the media.

While the Japanese “peace constitution” adopted after World War II limits the nation to self-defense only, the nation has said it is “considering a fundamental shift in its governing document that would grant its military the ability to strike enemy targets, including missile sites,” per CBS News.

“All parties concerned should keep in mind the big picture (and) be cautious with their words and actions,” said Chinese Foreign Ministry spokesperson Wang Wenbin.

According to AP News, “last fall, North Korea carried out a spate of weapons tests in what experts called an attempt to apply more pressure on its rivals to accept it as a nuclear power in hopes of winning relief from economic sanctions. The tests included a submarine-launched ballistic missile and a developmental hypersonic missile. Since artillery firing drills in early November, North Korea had halted testing activities until Wednesday’s launch.”

The missile launch is North Korea’s first provocation of 2022. It is not clear where the missile landed, though Japanese officials presume it landed outside its exclusive economic zone. 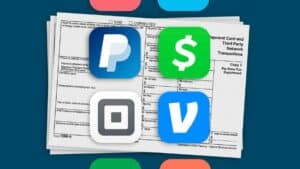 Venmo, PayPal and Cash App will Now Report Transactions Over $600 to IRS