A city in Mississippi has been ordered to grant approval for the site plan of a mosque and permit the construction to take place.

A United States district judge said on Jan. 3 that officials in Lake Horn must “consider, process and act upon — without any unusual delay and free from any illegal discriminatory intent or effect — all future construction, permitting, and other applications associated with the construction and operation of the Abraham House of God.”

The American Civil Liberties Union had interceded on behalf of the mosque two months ago, filing a discrimination lawsuit against the city. The ACLU and New York law firm Simpson Thacher & Bartlett LLP  argued that Lake Horn and its board of alderman had discriminated against the two men behind the project, Maher Abuirshaid and Riyadh Elkhayyat, and denied their plan because of their religion.

“In April, Horn Lake’s board of aldermen voted 5-1 to uphold the city’s planning commission’s decision to deny approval of the site plan,” reports USA Today. “The denial was made even though the mosque site plan met or exceeded all requirements to be built and although the piece of property was zoned for a house of worship.”

Residents had spoken out against the project at a public city planning meeting.

Accordion to the ACLU’s suit, then-Alderman John E. Jones Jr. told a local paper, “I don’t care what they say, their religion says they can lie or do anything to the Jews or gentiles because we’re not Muslims.”

“A wrong has been rectified with this order. People of every faith should have a safe place to worship, including the Muslim community of Desoto County,” said ACLU of Mississippi Legal Director Joshua Tom in a written statement following the judge’s order.

The judge wrote that the statement “presents very serious, and if proven factually accurate, strong allegations of religious discrimination.”

According to ABC News, “Abuirshaid and Elkhayyat are DeSoto County residents and want to develop a mosque so their families and other Muslim families in the county will have a place to worship without having to drive a half-hour or more to Memphis.”

In addition to approving the plans, the city must pay $25,000 to the defendants and cover the costs of their legal fees.

The federal district court will have jurisdiction over the action to “facilitate the enforcement of the consent decree” for the next five years, noted the ACLU in its statement following the ruling. 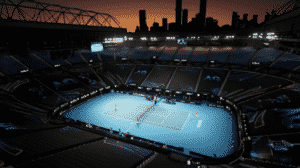