Novak Djokovic has been denied entry into Australia a day after Tennis Australia announced he had been granted a medical exemption from the COVID-19 vaccine requirement.

The Serbian tennis player is not vaccinated against coronavirus. He had said he would be willing to skip the upcoming Australian open and wait until the French Open to compete for his 21st tennis title.

After an independent panel granted Djokovic an exemption from the COVID-19 vaccine requirement, he announced he was on his way to Melbourne for the competition.

Tennis Australia, which oversees the event, affirmed that he would be competing in a Jan. 4 statement.

When Djokovic arrived in Australia, he was stopped at passport control. According to The Time of London, “a member of his support team made a critical mistake in requesting a sub-class of visa that does not apply to those who have received medical exemptions from a Covid-19 vaccine.”

“The error had been discovered by the Australian border force while Djokovic was already traveling on a 14-hour commercial flight from Dubai to Melbourne,” reports The Times.

Further complicating the issues, the state government has denied a request from the federal government to help correct the visa issue.

Victorian sports minister Jaala Pulford said on Twitter, “We will not be providing Novak Djokovic with individual visa application support to participate in the 2022 Australian Open grand slam. We’ve always been clear on two points: Visa approvals are a matter for the federal government, and medical exemptions are a matter for doctors.”

According to Australian Open tournament director Craig Tiley, 26 unvaccinated players applied for the medical exemption and a “handful” were granted.

“We made it extra difficult for anyone applying for an application to ensure it was the right process and to make sure the medical experts deal with it independently,” he said on an appearance on The Today Show. “There has been no special favour or special opportunity granted to Novak Djokovic or any tennis player. There’s been a process that goes above and beyond the normal process for everyone.”

No explanation of Djokovic’s exemption was made public.

An estimated 3,000 people are expected to travel to Melbourne for the Australian Open, which beings on Jan. 17.

The government of Victoria requires travelers to be fully vaccinated before entering the state. Players are also required to test negative for COVID-19 at least 72 hours before flying on chartered flights organized by Tennis Australia to minimize risk to the public. Upon their arrival, players must isolate until they test negative for the virus.

Djokovic has won the Australian Open nine times. Tennis fans are eager to see him defend his 21st Grand Slam title against Roger Federer and Rafael Nadal, with whom he is tied for the most Grand Slam titles in history. Neither Federer nor Nadal will take part in the event. 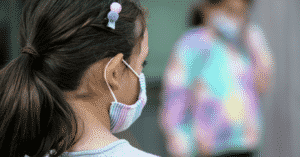