North Carolina Bans Beer Label For Being 'In Bad Taste'

The Maryland-based brewery believes the ban violates the First Amendment

North Carolina Alcohol Beverage Control Board (ABC) will not let Flying Dog brewery sell one of its beers in the state because the label is “in bad taste.”

The alcohol regulators prohibited the sale of Flying Dog’s Freezin’ Season Winter Ale, which — like each of the company’s beers — has “a distinctive cartoon image” by illustrator Ralph Steadman.

“It’s not clear exactly what the state’s regulators object to — though the naked, humanoid figure on the beer’s label does sport a small appendage between its legs,” reports Reason.

Flying Dog CEO Jim Caruso told the outlet he suspects that that “tail-like thing” is what North Carolina’s ABC dislikes.

“Seems like a blatant violation of the First Amendment to me,” said Caruso. Flying Dog filed an injunction to prevent the agency from blocking its beer distribution. A federal judge is expected to issue a decision in September.

“The regulation is, on its face, in constitutional ‘bad taste,’ as it is in clear violation of the First Amendment,” Flying Dog’s attorneys argued in court documents.

“In 2018, a trade organization in the United Kingdom released a report saying that Flying Dog’s Easy IPA could encourage excessive drinking and asked stores not to carry it, The Baltimore Sun reported. At issue was artwork on the can which showed an upright pig-like character with one foot on the ground and the other in the air, while the pig’s arms are outstretched to the sides. The Portman Group said the illustration ‘looked akin to someone balancing along a line to demonstrate sobriety,’ which it said could be seen as encouraging drunkenness,” per Fox 2 Detroit.

The brewery claims that their Freezin’ Season Winter Ale label has been approved in 24 other states. 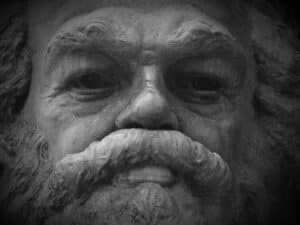