In his new book, “Who Was Karl Marx? The Men, the Motives and the Menace Behind Today’s Rampaging American Left,” author James Simpson exposes the true face of Marx, the fraud he was, the façade he put on for the public, and describes in detail how the acolytes of this false prophet have single-handedly contributed to the catastrophic deterioration of western civilization as we are witnessing and living it today.

“I had decided this year that this was a story that had to come out immediately because it was so relevant to what’s going on throughout our country today, and with what’s happened in the last year during the pandemic with the George Floyd riots and all the other stuff that came along with it,” Simpson told Timcast. “I felt like it absolutely had to come out now.”

Simpson is an author, investigative journalist, businessman and former economist and budget examiner for the White House Office of Management and Budget (OMB) under presidents Reagan, H.W. Bush and Clinton. His third and latest book is Simpson’s attempt to provide “an encyclopedia of the left.” He said his goal with this latest publication “is to explain to people in a very short, very readable, conversational-style how we got where we are today, who the people were that got us where we are today, who the people are who are pushing all the radical left stuff that we are seeing today, why they did it, and how we’re going to get ourselves out of it. You have to understand what these people are about. You must understand what their motives are. You must understand where all this stuff comes from if you want to really know how to fight it off. For example, critical race theory came right out of the mind of Karl Marx. And most people don’t know that.”

Simpson says he hopes his book will help inform the masses so they can push back and fight against history repeating itself: “That’s why I wrote this book. It might wake people up [and] help them to see what exactly it is we’re going through.” 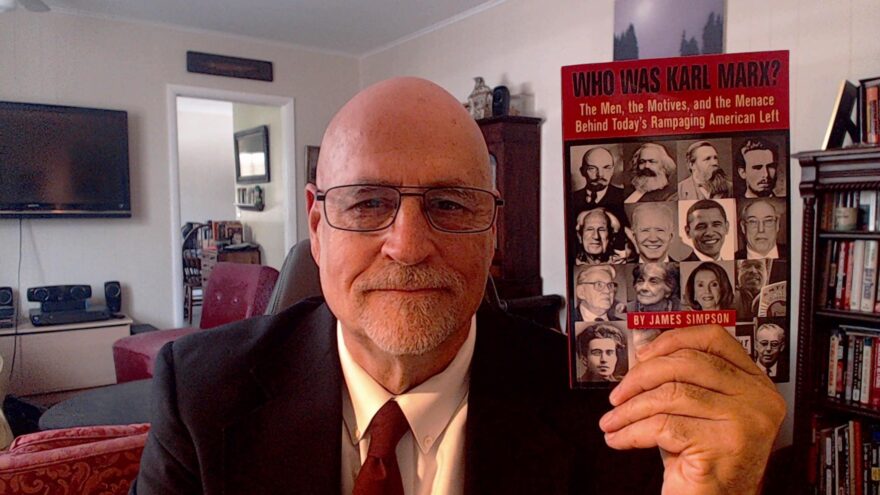 “Who Was Karl Marx?” outlines the influence and impact that key leftists have had on our present day without sparing any detail. The book examines how the current war on truth is by design. In fact, Simpson says that we are witnessing an attempted Communist overthrow of the United States. Moreover, the current cultural warfare is nothing new.

According to Simpson, “Critical race theory has no merits. It’s whole purpose is to criticize every aspect of Western society and culture, specifically targeting the United States. And it comes directly from Marx, who said — even before he wrote ‘The Communist Manifesto’ — that the issues of the day were not of concern. He wrote ‘The Communist Manifesto’ because that is supposedly the document that will lead us into a great utopian, communist future.” Simpson said the goal of Marx’s manifesto was “to destroy our society as it exists today, and he laid out the groundwork for how to do it.”

Simpson contends that “The Communist Manifesto” put out a nebulous plan for a future egalitarian world where the working class was going to lose their chains and everybody was going to wind up living in perfect harmony. But the plan was long on promises and short on details, and this is why it’s so important to ask, “Who was Karl Marx?”

“Everything that is happening today is a reflection of Marx’s personality,” Simpson said. “Marx was a vicious-spirited, hateful guy. He hated everybody. He looked down his nose at everybody. He hated Jews, even though he was ethnically Jewish himself and he was compulsively and endlessly greedy. He was all about keeping himself in wealth.”

Simpson notes that Marx’s father was a very wealthy attorney who showered his son with money when he was a kid, but he quickly ran through his inheritance in college. Some of the most vocal supporters of Marx’s ideology are from privileged backgrounds. Simpson said Marx did not even bother to go to his mother’s funeral, nor his father’s.

Ironically, despite being the self-proclaimed champion of the working class, “Marx never stepped into a factory. He had no experience working in the real world. He had no understanding of basic economic principles,” Simpson said. “I mean, I’m an economist. I taught economics and this guy knew nothing. He had a gift for gab. That was his only thing.”

Simpson noted that even the people who were directly involved with Marx had unflattering things to say about him: “Giuseppe Mazzini was an Italian communist who said that Marx was a destructive spirit whose heart was filled with hatred rather than love of mankind. Despite the Communist egalitarianism in which Marx preaches, he is the absolute ruler of his party and he tolerates no opposition.” Simpson also noted that Mikhail Bakunin, who was the most prominent anarchist of the day, said “one has to worship Marx in order to be loved by him. One has at least to fear him in order to be tolerated by him. Marx is extremely proud up to dirt and madness.”

Simpson suggests that in order to understand the true destructive nature of Marx’s ideology, one must look no further than the morose disaster and misery that was central to Marx’s own home life.

“Two of his daughters committed suicide, a son-in-law committed suicide, three of his children died of malnutrition and while his wife was running around trying to scrounge up enough money for a coffin for one of their children who had just died, Marx employed a buxom libidinous secretary because he said a man of his stature had to keep up appearances,” Simpson said. “He was a philanderer. I mean, the man was just an absolutely bottomlessly greedy, selfish, megalomaniacal egotist. That was his thing. That’s what he was and when you look at other Communists leading edge, you find out that they’re exactly the same way,” Simpson said. “The Castro brothers were exactly the same way. I mean, it’s really stunning and it’s stuff that, of course, never makes it to any front pages anywhere because most of the Intelligentsia, most of the universities, just don’t want to show what a fraud the entire Communist experiment and agenda is. It’s all about them getting power and absolute wealth for themselves. Nothing more.”

He described Sergey Nechayev, an anarchist, as “the most important radical no one’s ever heard of and he wrote a blueprint for Communist Revolution that has been used and innovated on ever since.” The blueprint, called “The Revolutionary Catechism,” was written by a 22-year-old Nechayev, who Simpson said was the inspiration for the central character in Fyodor Dostoevsky’s “The Demons.”

Simpson said that many of the same things Nechayev advocated for in his book are happening in the United States today: “He’s the guy behind the slogan, ‘the ends justify the means.’ And he also, in his catechism, laid out in order of execution for enemies of the regime. And the first people in that list are, unfortunately, people like you and I who will never buckle under to them, who will never buy their BS.” Simpson said the second group are people who by a series of monstrous acts will drive the country into revolt. He noted that these groups are represented by Black Lives Matter and Antifa today.

“Because they have that philosophy — ‘the ends justify the means’ — they feel entitled to do whatever they want: kill people, break laws, ignore laws, do whatever they want. And we’re seeing a lot of that happening now,” Simpson said. “But in so doing, they inspire people — really sick people who otherwise would be marginalized in society — to jump in with enthusiasm.”

He noted, however, that if these people ever get into power, they will discard these same groups that helped boost them to dominance. “They don’t want to have to deal with them. So, just like Hitler’s brownshirts didn’t fare well after Hitler took over, these kinds of people will not fare well either. Because, if they’re going to have any kind of control over their society, they’re going to have to get rid of the most disruptive members — unless they can serve a purpose.” 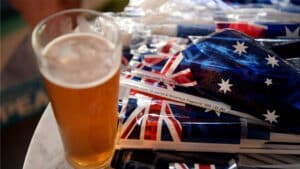