'Nobody Investigates You': Alex Stein Confronts Eric Swalwell Over His Relationship With Alleged Chinese Spy

'Nobody Investigates This Guy Banging Chinese Spies Like It's No Big Deal!' Stein told Swalwell

Stein, who also confronted Texas Republican Representative Dan Crenshaw on Tuesday, recorded a similar video recording Swalwell and a woman that appears to be his wife, Brittany Watts.

Stein then made a lewd suggestion about his alleged relations with the Chinese spy saying, “People were saying she gave you an insertion, is that true?”

Both Swalwell and the woman did not reply to Stein throughout the entire recording.

“Asking Congressman Eric Swalwell about his adult relationship with a Chinese Spy! @ericswalwell” said Stein in a tweet accompanying the video.

In December 2020, Axios reported on a Chinese spy allegedly named Fang Fang, or Christine Fang, who reportedly developed relationships with several key political figures including former Fremont Mayor Bill Harrison and Swalwell, who was a Dublin City Councilmember at the time in 2012. Fang reportedly gained access to rising political figures through campaign fundraising, networking, charisma, and romantic or sexual relationships, the outlet reported.

Fang reportedly assisted in Swalwell’s 2014 reelection campaign, according to one Bay Area political operative and a current U.S. intelligence official. The two sources also stated that Fang may have assisted in appointing one of Swalwell’s interns. Fang reportedly left the country sometime in 2015 after investigators became suspicious of her.

“She disappeared off the face of everything,” said Gilbert Wong, the former mayor of Cupertino, California.

“When she left kind of abruptly, we all kind of scratched our heads,” Harrison said, according to the outlet.

“Rep. Swalwell, long ago, provided information about this person — whom he met more than eight years ago, and whom he hasn’t seen in nearly six years — to the FBI,” said a representative of Swalwell’s in a statement to Axios. 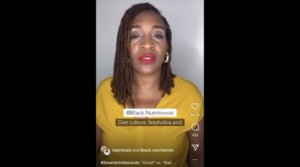