'Wanna Hit This Booty? Gotta Do Your Civic Duty' Saucy Santana Says In The Video

The anthem, titled “No Voting No Vucking” was released on Tuesday featuring a collaboration between rapper Katrina Laverne Taylor, who professionally uses the stage name Trina, and rapper Saucy Santana. The lyrics appear to suggest BLK app users should inquire if their prospective partners have previously voted or plan to participate in the upcoming November midterms.

Santana continues describing a BLK app user “swiping” for potential matches before saying, “The only red flag? Said he don’t vote. This midterms is for all the single cutes. Wanna hit this booty? Gotta do your civic duty.”

Trina raps the second verse similarly suggesting a prospective partner must participate in voting before engaging in sexual activity.

“If the c—ie is the goal, go hit the polls,” Santana concludes the song.

“This foolishness right here is what the Democrat Party thinks of Black voters. I’m outraged this morning looking at this insanity. No Voting, No Vucking?!? So Black people only will do things if motivated by sex?!? This right here is be enough to turn anyone off to the Dems!” said social media influencer and CEO of Urban Global Health Alliance Kevin Jenkins in a tweet.

This foolishness right here is what the Democrat Party thinks of Black voters. I’m outraged this morning looking at this insanity.

So Black people only will do things if motivated by sex?!?

This right here is be enough to turn anyone off to the Dems! pic.twitter.com/qluYnPsn2g

Although the song does not explicitly direct listeners to vote for either party, the lyrics appear to suggest Democratic favorability as Trina raps, “Anyone could get it universal healthcare.”

The campaign follows the spirit of previous get-out-the-vote campaigns from celebrities including Sean John “P. Diddy” Combs and the 2004 “Vote or Die” effort from his political service group Citizen Change.

“I’ve got one vote and I need to know which candidate represents me and my concerns,” said Combs about Citizen Change, People Magazine reported at the time. “Part of the responsibility I’m taking on is to write up a job description for the candidates and make sure they do their job.”

Combs later used a modified slogan for the 2008 Presidential election saying, “Obama or Die” at a music award ceremony in June that year.

“It’s very simple,” Castro says in a promotional video. “All you have to do is vote against the orange clown. No brainer.”

“I was on the edge of my seat election night and was super bummed when Trump won,” said Green. “Our followers were incredibly disappointed. We still want to put a smile on the voters’ faces. There’s so much division in the country it would be nice to see people who don’t see eye to eye… [get along].” 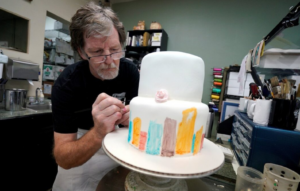