'This customer came to us intentionally to get us to create a cake or deny creating a cake that went against our religious beliefs,' said Jack Phillips of Masterpiece Cakeshop

The baker who the Supreme Court ruled had his religion disparaged by the Colorado Civil Rights Commission for declining to bake a wedding cake for a gay couple is asking for an appeals court to overturn a lawsuit brought by a person who identifies as transgender.

Jack Phillips is an “expert baker and devout Christian” according to the 2018 ruling from the Supreme Court, which found 7-2 that the commission had violated his constitutional right to religion and free speech. In 2012, Phillips told a same-sex couple he would not be willing to sell them a wedding cake but would sell them other baked goods. The couple filed discrimination charges against Phillip with the CCRC.

The commission and the Colorado Court of Appeals both held that Phillip’s actions violated the state’s Anti-Discrimination Act.

The case caught national attention and made its way to the nation’s highest court over a six-year period.

In 2017 – on the day the Supreme Court agreed to hear the case – Autumn Scardina called Phillips’s Masterpiece Cakeshop and asked that he make a birthday that was blue on the outside and pink on the inside to commemorate Scardina’s gender transition. Scardina, a Denver-based attorney, was born male but identifies as female.

Phillips declined on religious grounds. He testified at trial that he does not believe someone can change gender and that he would not celebrate “somebody who thinks that they can,” per The Denver Post.

Scardina filed a complaint against and then sued Phillips. The CCRC stated that the baker had “denied her equal enjoyment of a place of public accommodation.

“This customer came to us intentionally to get us to create a cake or deny creating a cake that went against our religious beliefs,” Phillips told Fox News of the lawsuit. “This customer had been tracking our case for multiple years. This case was just a request to get us to fall into a trap.”

The Alliance Defending Freedom, a Christian advocacy and legal group representing Phillips, said Scardina’s call “appeared to be a set up” and the attorney subsequently requested a cake celebrating Satan.

The organization also noted that the baker had previously “declined to create cakes with various messages that violate his faith, including messages that demean LGBT people, express racism, celebrate Halloween, promote marijuana use, and celebrate or support Satan.”

“We simply want the law to be enforced,” Scardina’s attorney, Paula Greisen, told CPR in 2019. “Because if not, you allow a business to send a message: go ahead, refuse service to these people, it’s OK, when the citizens of Colorado have said it’s not.”

The ADF sued Colorado on Phillips’s behalf, alleging the state had unjustly targeted him. In 2019, a district judge declined a motion from the state to dismiss the lawsuit. The CCRC dismissed the charges against Phillips in March of 2019, noting new evidence proved Colorado had acted with hostility against the baker because of his religion.

In 2021, Judge A. Bruce Jones said Phillips’ Constitutional right would not be violated by enforcing Colorado’s Anti-Discrimination Act.

“The anti-discrimination laws are intended to ensure that members of our society who have historically been treated unfairly, who have been deprived of even the every-day right to access businesses to buy products, are no longer treated as ‘others,’” wrote Bruce. “This case is about one such product—a pink and blue birthday cake—and not compelled speech.”

He ordered Phillips to make the cake.

On Oct. 5, ADF lawyer Jake Warner asked the Appeals Court to overturn Jones’s ruling, arguing that forcing Phillips to make the cake does equate to having him say something he does not believe in violation of his First Amendment rights. 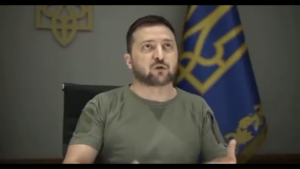