“NATO should make it impossible for Russia to use nuclear weapons,” said Zelenskyy speaking via video link at Australia’s think tank, the Lowy Institute on Thursday. “Preemptive strikes are needed so that they know what awaits them if they use nuclear weapons. Not the other way around, waiting for Russia’s nuclear strikes and then saying, ‘Oh, you’ve done that, then get this,'”

"Preemptive strikes are needed so that they know what awaits them if they use nuclear weapons. Not the other way around."pic.twitter.com/iKAXsZXpZY@InterfaxUkr https://t.co/TdbhkQ2KXT

“When I first read about that, I thought it was a hoax or taken out of context, but no, that’s exactly what he’s saying. Calling for a nuclear first strike against Russia,” said Russians With Attitude in a tweet.

Earlier this week The United States Department of Health and Human Services (HHS) announced in a statement they had purchased $290 million in Nplate, an emergency nuclear radiation drug produced by Amgen USA Inc designed to tread acute radiation syndrome (ARS) in adults and children.

“ARS occurs when a person’s entire body is exposed to a high dose of penetrating radiation, reaching internal organs in a matter of seconds,” the statement informs readers. “Symptoms of ARS injuries include impaired blood clotting as a result of low platelet counts, which can lead to uncontrolled and life-threatening bleeding.”

To reduce radiation-induced bleeding, Nplate stimulates the body’s production of platelets. The drug can be used to treat adults and children. Nplate is also approved for adult and pediatric patients with immune thrombocytopenia, a blood disorder resulting in low platelet counts. Repurposing drugs for acute radiation syndrome that also are approved for a commercial indication helps to sustain availability of the product and improves healthcare provider familiarity with the drug.

“The people have made their choice … this is the will of millions,” he said, according to the BBC. Putin continued suggesting citizens of those regions have a “love for Russia.”

“Russia is violating international law, trampling on the United Nations Charter, and showing its contempt for peaceful nations everywhere,” said President Joe Biden in a statement following the annexation and condemning Putin’s actions. “Make no mistake: these actions have no legitimacy. The United States will always honor Ukraine’s internationally recognized borders.”

On Tuesday Biden said, “Today I spoke with President Zelenskyy to underscore that the U.S. will never recognize Russia’s purported annexation of Ukrainian territory,” said President Biden in a Tuesday tweet. “I reaffirmed my commitment to continue supporting Ukraine, including through today’s new $625 million security assistance package.” 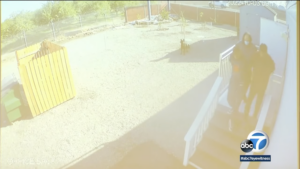