Nick Cannon Calls Having Children with One Woman “a Eurocentric concept”

The TV presenter has seven children with four different women

Cannon fathered four of his seven children in the last year.

Cannon appeared on The Breakfast Club on Monday and discussed leaving a legacy with Charlamagne Tha God and DJ Envy.

When pressed about having multiple children with so many women, Cannon said monogamy was “a Eurocentric concept … just to classify property.”

“Like, just the idea that a man should have one woman — we shouldn’t have anything. I have no ownership over this person. If we really talking about how we coexist and how we populate, it’s about what exchange can we create together,” he said.

He added: “Those women and all women are the ones that open themselves up to say, ‘I would like to allow this man in my world and I will birth this child.’ So it ain’t my decision, I’m just following suit.”

Previously, Cannon had said on the Power 106 Los Angeles radio show, “I’m having these kids on purpose. I didn’t have no accident. Trust me, there’s a lot of people that I could’ve gotten pregnant that I didn’t. The ones that got pregnant are the ones that were supposed to get pregnant.”

In 2019, the Center for Disease Control and Prevention (CDC) reported that 1,498,113 children were born to unmarried mothers. This is nearly 40% of all births in the United States.

According to W. Bradford Wilcox, Ph.D., director of the National Marriage Project and associate professor of sociology, children raised by married parents tend to do better in school and have fewer behavioral problems than kids raised by cohabiting parents, per Parents Magazine. This might be because, according to data from the National Marriage Project, unmarried parents who live together are three times more likely than married parents to separate by the time their child turns five.

Regionally, attitudes towards commitment and having children before marriage vary greatly. 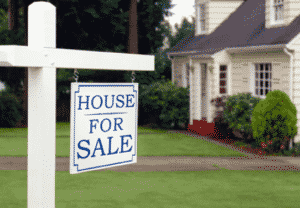 Realtors Drop the Term Master Bedroom Because of Hidden Racism