Realtors Drop the Term Master Bedroom Because of Hidden Racism

The largest bedroom of a house will no longer be identified as the master bedroom by many realtors because of concerns over the term’s possibly racist implications.

Groups of realtors across the country are giving up the term in favor of language they consider to be more inclusive.

“There’s a hidden discriminatory piece that falls when you say ‘master’ bedroom,” Jackie Berry, a listing agent for Edina Realty and an educator in a racism and real estate continuing education class for Minnesota industry professionals, said in a statement.

The push for altered language gained momentum following George Floyd’s death in the summer of 2020. As the debate over race took over the national conversation, several industries made attempts to seem more progressive or anti-racist.

By the end of June 2020, the Houston Association of Realtors (HAR) announced that it would not use the term ‘master’ on its Multiple Listing Service.

According to a statement HAR sent its members regarding the change, “The MLS Advisory Group regularly reviews the terms and fields used in the MLS to make sure they are consistent with the current market environment. The updates to Primary Bedroom and Primary Bath were among nine requests for review that were submitted by members and considered at the most recent meetings.”

The statement continued: “The overarching message was that some members were concerned about how the terms might be perceived by some other agents and consumers. The consensus was that Primary describes the rooms equally as well as Master while avoiding any possible misperceptions.”

HAR added that agents could use the term master bedroom as they saw appropriate.

“In July 2020, the Real Estate Standards Organization (RESO) weighed in on the issue. While a review by industry professionals determined the word ‘master’ was not a discriminatory violation under U.S. Department of Housing and Urban Development standards, replacing it with ‘primary’ was recommended,” per the Star Tribune.

“The word master is old. Like, really old. Forms of it crop up in early Old English, hundreds of years before slave traders brought Africans to the Americas. To be sure, enslaved people had to refer to their owners as ‘master’ even before the dawn of the American slave trade, and so did many women when referring to their husbands. Condemn master for its sexism too if you like, but tying its use in real estate entirely to slavery is a stretch,” Jeffery Barg wrote in a column for The Philadelphia Inquirer. “Eliminating master bedroom is a nice, arguably misplaced gesture. But like so many of the gestures since half the country discovered systemic racism two months ago, it’s a fig leaf for the harder work of undoing a history of oppressive industry practices.”

After news of the Minnesota realty industry’s decision, Matt Walsch echoed Brag’s 2020 sentiment. He pointed out that the industry term did not derive from slavery but rather from a Sears catalog.

The term "master bedroom" first appeared in a Sears catalog about six decades after slavery was abolished. It has nothing at all to do with plantation life. But the truth is not at all relevant to race-hustling con artists like Ben Crump. https://t.co/KzGYJ4m7in 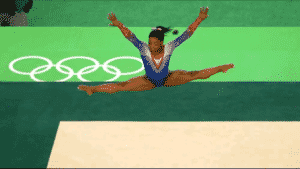 Simone Biles Says She Is 'Very Much Pro-Choice'