Currently, the league has five head coaches who are minorities.

The measure, announced on March 28, is part of a league-wide effort to increase diversity among the coaching staff. It was created by the NFL’s Diversity Advisory Committee, a group of professionals from a variety of backgrounds including Houston Texans General Manager Rick Smith.

“Today, the National Football League announced the creation of the NFL Diversity Advisory Committee, following its pledge last month to retain outside experts to review the league’s diversity policies and practices,” the league said in a statement. “The six-member committee will lend its expert, external perspective on industry best practices and will evaluate league and club diversity, equity and inclusion (DEI) strategies and initiatives, including all hiring processes, policies and procedures, with a primary focus on senior-level coach and front office personnel positions.”

“I am pleased to have the opportunity to work with the NFL, a vitally important organization in the world of sports and in American culture, on such critical matters like DEI and its policies and practices related to hiring and retention,” committee member Pamela Carlton said in the announcement. “The other committee members and I look forward to completing a rigorous, independent analysis of how the NFL and its clubs approach diversity and inclusion to ensure that minority candidates have equitable opportunities at the highest levels.”

Pittsburgh Steelers owner Art Rooney II, the chairman of the NFL’s Diversity, Equity and Inclusion committee, told ESPN, “It’s a recognition that at the moment, when you look at stepping stones for a head coach, they are the coordinator positions.”

“We clearly have a trend where coaches are coming from the offensive side of the ball in recent years, and we clearly do not have as many minorities in the offensive coordinator (position),” said Rooney.

The league was sued earlier this year by Brian Flores, the former head coach of the Miami Dolphins, for racial discrimination. Flores also sued the Denver Broncos and the New York Giants.

Additionally, the Rooney rule requires NFL teams to interview “at least one minority and/or female candidate” for senior positions, including senior executives and club presidents.

In a joint statement, all 32 teams in the league said they “support the important goal of increasing diversity among ownership.”

“Accordingly, when evaluating a prospective ownership group of a member club pursuant to League policies, the membership will regard it as a positive and meaningful factor if the group includes diverse individuals who would have a significant equity stake in and involvement with the club, including serving as the controlling owner of the club,” according to the statement. 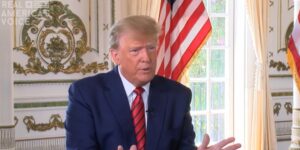