“She gave him $3.5 million so now I would think Putin would know the answer to that,” Trump asserted. “I think he should release it. I think we should know that answer.”

“How is it that the mayor of Moscow, his wife gave the Biden family three and a half million dollars?” Trump continued. “I think Putin now would be willing to probably give that answer. I’m sure he knows.”

☄️President Trump suggests that Vladimir Putin has the details of Hunter Biden business dealings in Russia and should release them.
(Real America’s Voice video) pic.twitter.com/NzsjQkusY1

During the interview, Trump also said that he is interested to learn more about Hunter Biden’s relationship with Burisma Holdings owner Nikolai Zlochevsky, who had placed the president’s son on the gas company’s board — despite him having no experience in that field. The job came at a time when Biden was still Vice President.

Additionally, a Ukrainian prosecutor has said that he was fired for investigating the company for corruption. He claims the government was pressured to get rid of him by the then-Vice President Biden.

Biden acknowledged his involvement in the firing while speaking to the Council on Foreign Relations in 2018.

“I looked at them and said: I’m leaving in six hours. If the prosecutor is not fired, you’re not getting the money,” Biden said. “Well, son of a bitch. He got fired. And they put in place someone who was solid at the time.”

“While encouraging Putin to reveal any information he has on the Biden family business dealings, Trump also made clear he treated Putin more severely than Democrats by blocking his NordSteam 2 natural gas pipeline to Europe, imposing sanctions on Moscow, upgrading the U.S. nuclear arsenal and bulking up NATO’s sagging finances,” Just the News reported.

The former president asserted that he was the best thing to ever happen to NATO and that he had placed the biggest sanctions on Russia during his time as president.

“I’m the best thing that ever happened to NATO, because I made them pay. So NATO has plenty of money now,” he said. “And by the way, that’s another, I’m the one who brought up Nord Stream 2 … I’m the one that blocked it. I terminated it. They weren’t gonna have it. He (Biden) then opened it.”

“And then they say, ‘He’s so nice to Russia.’ I’m the one that put the biggest sanctions on Russia,” Trump added.

Hunter Biden’s tax dealings have been the subject of a grand jury investigation in Delaware.

The president’s son has denied any wrongdoing. 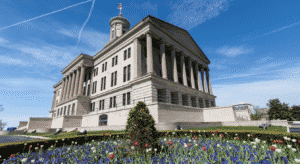