The nation is still not open to international travellers

New Zealand will no longer require travelers to isolate upon arrival as its latest change to its COVID-19 border protocols.

On Feb. 28, Prime Minister Jacinda Ardern announced that the one-week mandatory isolation period will end on March 2 for New Zealanders returning to the nation.

“I know this will be welcome news to the members of our team overseas, eager to travel home to see loved ones as soon as possible,” Ardern said. “We can’t wait to see you.”

Returning citizens will still be required to submit a negative COVID-19 test prior to departure and return. Tourists are still not allowed to enter the country.

Currently, Australians will be allowed to enter New Zealand in July and international travelers will be permitted entry in October.

Arden said that her Cabinet is considering reopening the borders completely ahead of the schedule.

New Zealand has been gradually reducing its strict COVID-19 protocols over the course of several weeks. As of early February, travelers were no longer required to stay in military-run quarantine hotels.

The change does not apply to unvaccinated New Zealanders who are still required to complete a mandatory quarantine period at the hotels.

The island nation has enforced strict border protocols since the onset of the COVID-19 pandemic in 2020. Some praised the decision as it led to some of the lowest infection rates in the world. However, the nation’s tourism industry — which is approximately 20% of its foreign income — has been devastated, per AP News.

An estimated daily average of 15,000 infections has been recorded in New Zealand last week, a higher rate than 10 days earlier according to The Independent. The nation currently has one of the highest COVID-19 transmissions rates in the world.

The government’s domestic vaccination requirements have also prompted a five-day protest in the nation’s capital. The demonstrations were said to have been inspired by the Freedom Convoy 2022 in Canada.

Critics of Arden’s border policy have said the restrictions are no longer necessary given the state of the pandemic.

In an interview with The Guardian, epidemiologist Michael Baker said that “people arriving from overseas will not contribute to the disease burden” and therefore did not contribute to a public health justification for the restrictions.

“We have almost got to the point now where people arriving in New Zealand have a lower prevalence of Omicron infection than people who live in New Zealand,” Baker said.

Despite is current COVID-19 surge, New Zealand has reported just 61 deaths caused by the virus. 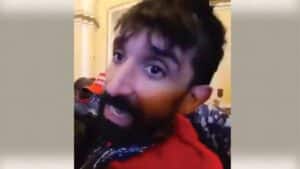