Approximately 3,000 people assembled over the weekend at an ongoing protest in Wellington, the nation’s capital. The protest began on Feb. 8 with over 1,000 people who oppose vaccine mandates and other regulations implemented by the government in the wake of the COVID-19 pandemic. Hundred of protestors had camped out on the ground of Parliament for days, refusing to be driven away.

Police have wavered in their treatment of the protestors, initially allowing them to assemble before arresting 122 people on Feb. 10. This week, they told protestors to move illegally parked vehicles, offering them alternative parking at a nearby stadium.

“Parliament grounds were officially closed this morning. However, a number of protesters are still refusing repeated requests to leave the precinct,” said Wellington Police Superintendent Corrie Parnell following the arrests. “While many are protesting peacefully, others have attempted to breach the Police cordon.”

“I very clearly have a view on the protesters and the way that they’ve conducted their protest because it has moved beyond sharing a view to intimidation and harassment of the people around central Wellington,” she said. “That cannot be tolerated.”

In an attempt to get the anti-mandate protestors to disperse, Parliament Speaker Trevor Mallard turned on the area’s sprinklers and blasted Barry Manilow songs. He also played a loop of the 1990s hit song “Macarena.”

Inspired by the movement led by Canadian Truckers, the New Zealand protestors appear to be prepared to stay for the long haul. They brought portable toilets, crates of donated food, and bales of straw to cover grass that turns to mud. They’ve held barbecues to feed participants and stayed in place despite heavy rain.

Many of their vehicles are blocking the streets surrounding Parliament’s grounds — another resemblance to strategies employed by Canada’s Freedom Convoy 2022.

Protestors have also combated Mallard’s musical cacophony with their own playlist, which includes “We’re Not Going To Take It” by Twisted Sister and “My Heart Will Go On” by Celine Dion.

Singer James Blunt offered his services to the New Zealand police on Twitter. Mallard graciously replied and expressed his concern for law enforcement.

@JamesBlunt we will take up your very kind offer. My only doubt is whether it is fair to our @nzpolice officers but I think they will be able to cope. https://t.co/spb1BDK50u

New Zealand requires COVID-19 vaccinations for teachers, medical personnel, soldiers, and police. Proof of vaccination is required prior to entry at most shops and restaurants. 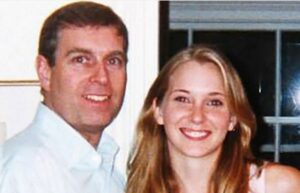