Despite some of the strictest COVID lockdown measures on earth, New Zealand confirmed Tuesday the highest number of cases since the pandemic began in early 2020.

“Health officials reported 94 new infections, which surpassed its record of 89 infections in a day that was reported during the early days of the pandemic and have urged residents to get vaccinated as a result,” reports The Hill.

“I know the highs and lows of cases is incredibly hard on people, particularly those in Tamaki Makaurau,” Prime Minister Jacinda Ardern said, using the Indigenous Maori name for Auckland. “I just wanted to reinforce again that we’re not powerless. We do have the ability to keep cases as low as we can.”

The country employed severe restrictions for the last four months including lockdown orders, the closure of restaurants and fast food chains, and limited gatherings inside people’s homes.

To date, 85% of eligible New Zealanders have received the vaccine.

Two men were arrested by police in New Zealand last month for attempting to smuggle a large order of Kentucky Fried Chicken into the city of Auckland, a town that has banned fast-food take-out as part of their COVID lockdown orders.

“Police said they found them with a car boot-full of Kentucky fried chicken and over $100,000 in cash as they tried to cross the border into Auckland despite New Zealand’s strict Covid-19 lockdown,” reports The Guardian.

“The men were arrested after allegedly trying to flee from police near the Auckland border. When their car was searched, police said they found a large quantity of KFC, as well as the cash and a number of empty ounce bags,” adds the British newspaper. 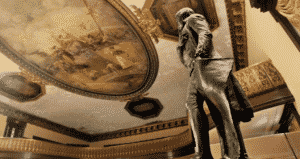