A statue of America’s third president will be removed from New York City Hall.

In a unanimous vote, the New York City Public Design Commission chose to relocate the Thomas Jefferson statue to an undetermined public location. The decision reflects a revision of a previous bid to move the statue to the New York Historical Society. Meeting attendees objected to the proposed location as it is a private museum that charges admission and the statue is considered a publicly owned piece of art.

Assemblyman Charles Barron and his wife, Councilwoman Inez Barron, have led the effort to move the statue for the last 20 years.

“When we remove this statue, we’re making a step in the right direction for erasing honoring of those who murdered and raped us,” Charles Barron said during a vote on Oct. 18.

“We’re not being revisionist. We’re not waging a war on history. We’re saying that we want to make sure that the total story is told,” Inez Barron added, per WLNY.

Jefferson owned an estimated 130 slaves when he died in 1826. Following the death of George Floyd in 2020 and subsequent mounting racial tensions, efforts to remove his statue from City Hall redoubled.

“The 1833 plaster statue is a 7-foot-tall replica of a bronze piece by Pierre-Jean David D’Algers, which sits in the U.S. Capitol. The plaster replica has been in the council chamber since 1915,” reports NBC News. “Uriah Philips Levy, the first Jewish Commodore of the Navy, commissioned the bronze statue and its plaster replica to honor Jefferson in part because he fought for religious freedom in the armed forces, the design commission said in its presentation.”

During the several hours of debate, historian Todd Fine advocated for the statue returning to where it was originally displayed — the Governor’s Room.

“It was there for about seven to eight decades, until it was moved to the Council chambers. So, it could easily be moved back there without necessarily intimidating the Council members who have a problem with it,” Fine said.

“I think it should be put in storage somewhere, destroyed or whatever,” Barron said during his testimony.

“The nine-member commission, whose members are mayoral appointees, had originally scheduled a vote to loan the 1833 painted plaster statue of the Declaration of Independence author to the New-York Historical Society. The original remains in the US Capitol,” per The New York Post.

The commission expects to make a decision on the Jefferson statue’s next location by the end of next year. 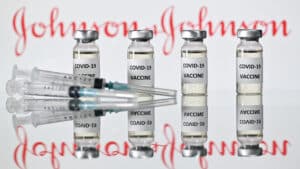