The New York Post employee who was fired after posting a slew of bizarre fake headlines on the newspaper’s website and social media account is speaking out about his motivation.

Miguel Gonzalez, 25, a former digital producer for the newspaper, said that he was having an “emotional tantrum” when he posted the fake calls for violence and other wild headlines on the morning of October 27.

The outrageous headlines were initially thought to be a hack, but it was quickly determined that it was a member of the paper’s staff.

“The New York Post’s investigation indicates that the unauthorized conduct was committed by an employee, and we are taking appropriate action,” the newspaper said in a statement shortly after the incident. “This morning, we immediately removed the vile and reprehensible content from our website and social media accounts.”

Gonzalez spoke to The Daily Beast newsletter Confider about his motivation, which he claims was not political.

“I let my own stupidity get the best of me,” Gonzalez told Confider.

Gonzalez claimed that he was overwhelmed with troubles in his personal life, which prompted the “tantrum.”

“I deserved to get fired for a very volatile, irresponsible, and disgusting action and an utmost betrayal of the New York Post,” Gonzalez said. “I disrespected them at that moment. It’s my responsibility to now apologize.”

Despite the egregious breach of trust and wildly unprofessional behavior, Gonzalez hopes to land another job in the journalism industry.

“I’m probably going to be blacklisted everywhere as I seek employment,” Gonzalez said. “What I did was horrible. It was my mistake and I owe a lot of people apologies.”

The former producer appeared to imply that being overworked was, at least partly, to blame for his breakdown.

“The 25-year-old started working at the Post in 2019 as his first job in journalism right out of college. He described his grueling shifts for the website—during which he’d build stories and insert photos—as intense to the point where he was responding to Slack messages from editors while he was in the bathroom,” Confider reports. “Meanwhile, Post staffers who spoke with Confider said that despite the public embarrassment, the paper has quickly returned to business as usual. ‘Everything is traffic, traffic, traffic across the website,’ one such staffer said. ‘That’s demoralizing for some of the stronger beat reporters who have been here awhile.’” 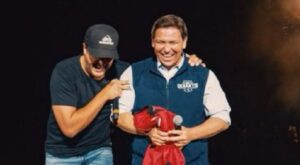